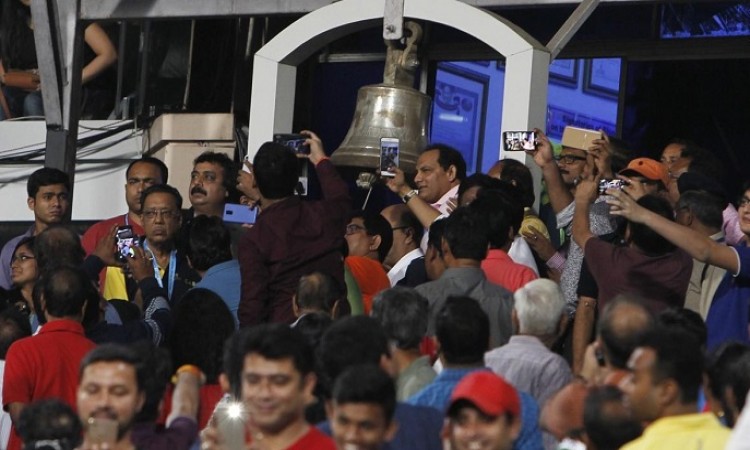 Kolkata, Nov 4 (CRICKETNMORE):  Former India captain Mohammad Azharuddin rang the bell just after the national anthems of both India and the West Indies were played, ahead of the first T20 international between the two sides at the Eden Gardens here on Sunday.

Accompanied by Cricket Association of Bengal (CAB) joint secretary Avishek Dalmiya, Azhar completed the much sought after ritual in front of a half-full stadium.

His inimitable swagger intact, the 55-year old -- wearing a pink polo t-shirt and denims -- wore a wry smile on his face as the venue holds a special place in his heart.

From his debut hundred in 1984-85 at the iconic ground to a match-saving hundred in 1993, Azhar and Eden Gardens have a connection.

The ringing of the five-minute bell, introduced at Lord's, is a ritual started in 2007. An international cricketer or administrator or a well known enthusiast of the sport is tasked to perform the act.