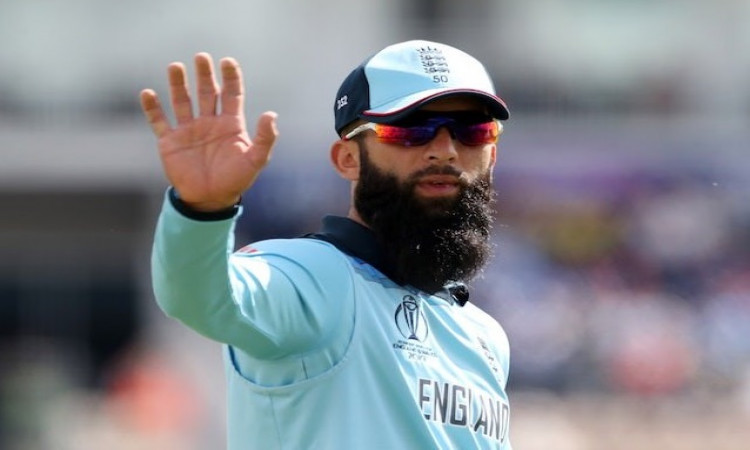 June 29 (CRICKETNMORE) England all-rounder Moeen Ali believes it means a lot for any bowler to get the wicket of Virat Kohli and insists he will try his best to get the Indian skipper out when the two teams meet in the much-anticipated World Cup clash on Sunday in Edgbaston.

Kohli, who has scored four half-centuries so far in the ongoing tournament, is yet to score a century and has England in his sights when they take on each other at Birmingham.

Also Read: Another ex-Pak cricketer comes out with conspiracy theory

"Virat knows he's there to score runs for India, while I'm here to get him out (or score some myself). It means a lot to get a player like him out but you can still be friends trying to do it," wrote Ali in his blog for The Guardian.

Ali has dismissed Kohli six times across all formats and has managed to trouble the Indian run machine in the past on various occasions.

England, starting the tournament as hot-favourites, were on course of making it to the semifinals after winning four of their first five games. However, their back to back losses against Sri Lanka and Australia have now left their knockout chances in jeopardy.

In order to make it to the semifinals, England need to win their remaining two fixtures against India and New Zealand. However, it would require a much improved performance in all the three aspects from the Three Lions to register win against the Men in Blue who have been in imperious form and are the only unbeaten side in the tournament.

Ali also said that the pressure will be on the Indian players and not on England, who are the home side, as the Indian cricketers were under tremendous pressure to perform.

"The pressure of being the home side shouldn't be a factor. Our next opponent, India, are a good reminder of this because we don't have to deal with nearly the same amount of expectation as they do. They are superstars back home. Win and they are showered with praise, lose and they are on the receiving end of harsh criticism. And they aren't able to lead everyday lives when they're not playing because of the attention they receive," the off-spinner wrote.