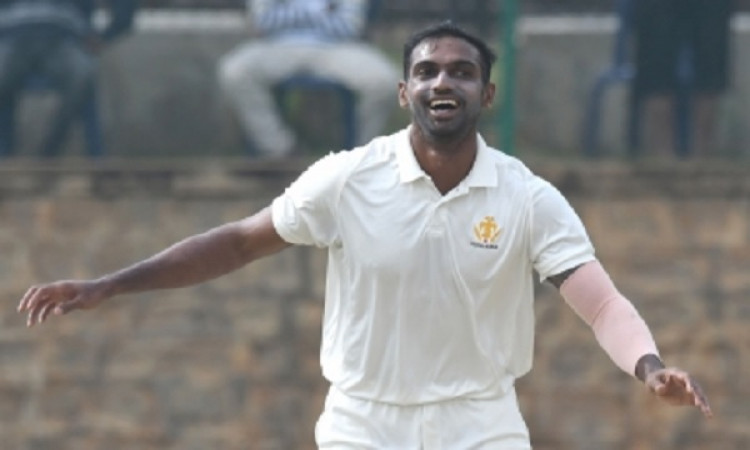 Surat, Nov 29  Pacer Abhimanyu Mithun found himself in the record books on Friday after he snared five wickets including a hat-trick in one over for Karnataka in the semi-finals of the Syed Mushtaq Ali Trophy against Haryana.

Mithun who finished with figures of 5/39, did not have a great day with the ball until the last over as he removed Himanshu Rana (61) and
Rahul Tewatia (34) off the first two balls.

His hat-trick victim was Sumit Kumar while Amit Mishra was the next to go. Jayant Yadav was dismissed off the last ball of the innings as Mithun became the first bowler to have a hat-trick in all three formats in Indian domestic cricket.

Mithun had snared a hat-trick in the Vijay Hazare Trophy final against Tamil Nadu last month.

Chasing 195 for victory and a place in the final, Devdutt Padikkal (87) and K.L. Rahul (66) led the way as Karnataka registered an eight-wicket victory.