Mithali Raj's 3 Successive 50s Takes Her To No.1 Spot In ICC Rankings

Mithali Raj's three successive half-centuries in the three-match ODI series against England helped her grab the No.1 position in ICC Women's ODI Player Rankings for the eighth time in her 22-year-old international career. 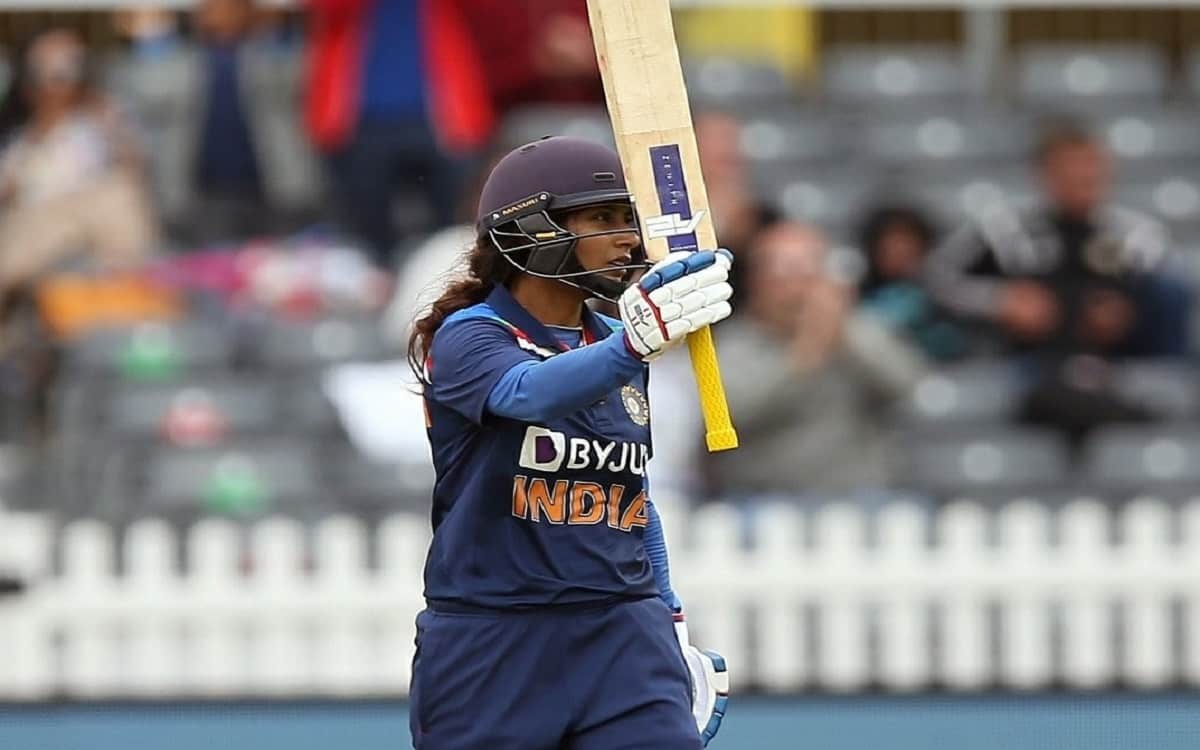 The 38-year-old, who made 72 in the first ODI, struck 59 in the second match and then guided India to a four-wicket victory in the final match of the series with an unbeaten 75, gaining four spots to sit atop the latest weekly rankings.


Concerned PCB In Close Contact With ECB Over Covid-19 Cases

Mithali had started the tour in eighth position but her series aggregate of 206 runs - the best by a batter on either side -- has helped her reclaim the top position, which she last occupied in February 2018.

"The first time she reached No. 1 position was in April 2005 after scoring an unbeaten 91 against New Zealand in ICC Women's Cricket World Cup in Potchefstroom and the difference of more than 16 years at No.1 is the largest for any woman batter," said the International Cricket Council (ICC) in its statement.

In other gains for Indian women players, opener Shafali Verma's scores of 44 and 19 in the last two ODIs of the series saw her gain 49 places to reach 71st position while Jhulan Goswami is up four places to 53rd. In the bowlers' list, all-rounder Deepti Sharma is up one place to 12th after finishing with figures of three for 47 in the final match.

For England, opener Lauren Winfield-Hill has advanced 14 places to 41st position with scores of 42 and 36 while Sophia Dunkley has soared 80 places to 76th after scoring 73 not out and 28.

Left-arm spinner Sophie Ecclestone continues her ascent, gaining four places to reach a career-best sixth position among bowlers after returns of three for 33 and two for 36. Kate Cross's haul of five for 34 in the second match of the series was instrumental in seeing her advance from 25th to 18th position. Natalie Sciver and Sarah Glenn have both moved up one place to reach 22nd and 43rd positions, respectively.