A clinical bowling performance, coupled with half-centuries from Punam Raut and Sabbhineni Meghana, helped Mithali Raj-led Railways beat Jharkhand by seven wickets in the final of the Senior One-day Trophy and clinch the title on Sunday at the Saurashtra Cricket Stadium. 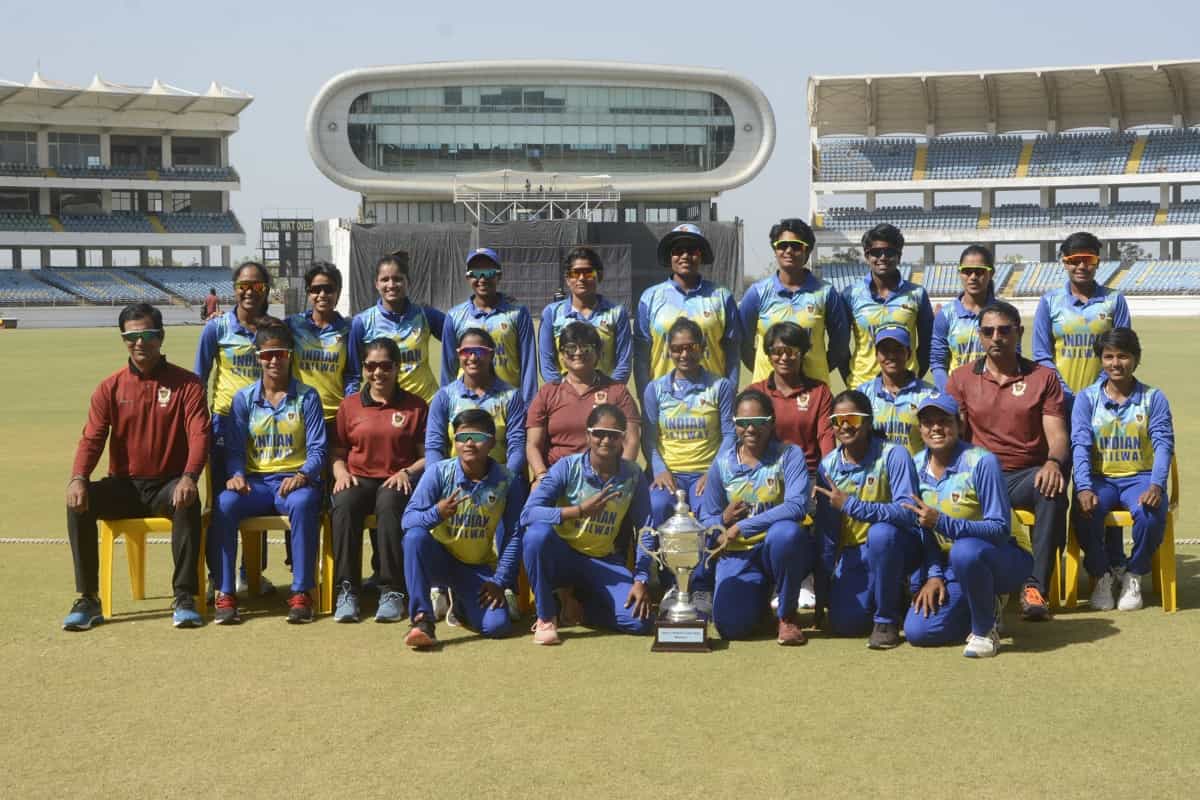 Chasing a target of 168, Railways opener Nuzhat Parween was run out before she could score a run. However, the in-form Punam and Meghana put up a 107-run stand for the second wicket to close any opportunity that Jharkhand may have seen due to the early breakthrough.

Punam was the first to be dismissed, falling to Ravinder Devyani for 59 runs from 94 balls.

Meghana fell shortly after to Devyani for a 67-ball 53. Mona Meshram and Sneh Rana then made sure that Railways crossed the line in 37 overs without losing any further wickets.

Jharkhand had won the toss and chose to bat. They got off to a horror start in their innings, losing opener Niral Rashmi early to Ekta Bisht for 19 runs off 21 balls. Meghna Singh went on to dismiss Ritu Kumari and Radhey Sonia off consecutive balls in the seventh over to leave Jharkhand on 30/3.

Opener Indrani Roy and Durga Murmu then tried to rebuild the innings, scoring 60 runs over the next 20 overs before the latter got out to Sneh Rana for 31 runs from 74 balls. Indrani did not last long after that as she fell one run short of a half-century to Sneh.