Australian pace spearhead Mitchell Starc said on Saturday that the Ashes mean "as much to English cricket as it does Australia cricket" and that the tourists will bring a "super strong" side for the gruelling tour. 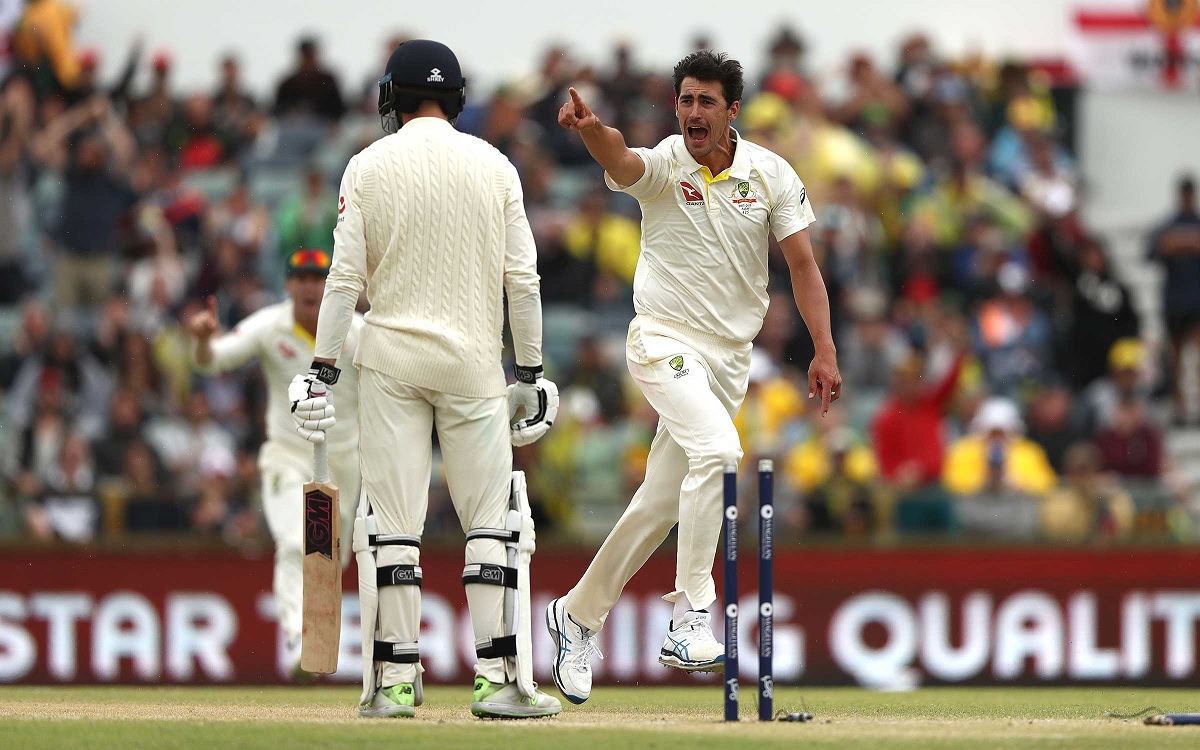 With England set to tour Australia for the traditional Ashes series in December, there are concerns in England over the impact of the lengthy bio-bubble on the health of the players as the team will be going Down Under soon after the T20 World Cup.

To lessen the mental stress, England players have sought to travel with their families for the Ashes, a move opposed by the Australian government which has imposed strict travel restrictions on visitors due to the Covid-19 pandemic.

United Kingdom Prime Minister Boris Johnson has also stepped in on behalf of his country's cricketers and has pleaded for the families to be allowed to travel to Australia with the players to lessen the stress caused by staying away from the family during Chrismas.

Cricket Australia (CA) too is in talks with the England and Wales Cricket Board (ECB) and the federal and state governments to resolve the issue amid fears that several members of Joe Root-led side might pull out of the five-Test series.

"I can't think that they wouldn't send a super-strong team. They (England) might have one or two (players) with young families, or have been on the circuit a fair bit through Covid times, (and don't want to tour). The Ashes mean as much to English cricket as it does Australia cricket," Starc told the Seven Network on Saturday.

"Stuart Broad mentioned the other day, he'd say yes in a heartbeat, and he's one of their premier fast bowlers," added Starc.

While pace bowler Jofra Archer has been ruled out due to an elbow injury, star allrounder Ben Stokes too is unlikely to be a member of the touring side as he has taken an indefinite mental-health break and will also be missing the ICC T20 World Cup in Dubai and Oman in October-November.

Australia Test skipper Tim Paine, while speaking on his SEN radio show, had allayed the England cricketers' fears saying, "The England team will have to do nothing different than what they're asking the Australian team to do."

The Ashes is scheduled to start at the Gabba on December 8.