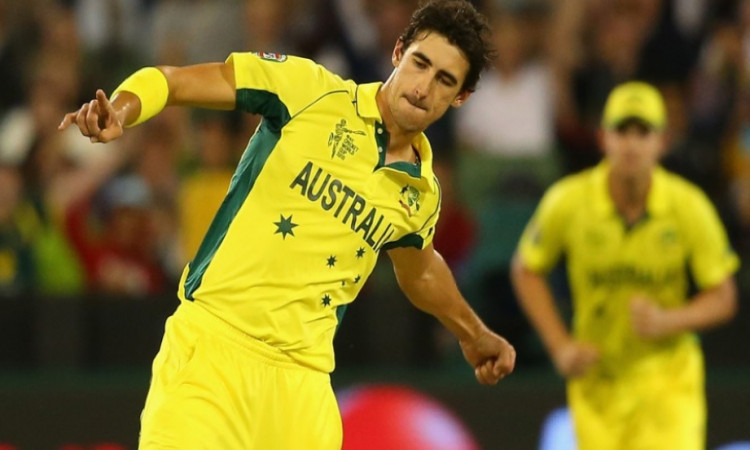 AUG 13, NEW DELHI : Australian pacer Mitchell Starc is hoping that the extra time he has managed to spend in the gym, coupled with the rest he has got during the COVID-19 enforced break, will be enough for him to sustain longer spells of express fast-bowling without breaking down in the home Test series against India scheduled to be played later in the year.

The four Tests of the much-anticipated Border-Gavaskar Trophy are currently scheduled to be played at The Gabba, Adelaide Oval, MCG and the SCG respectively starting December 3.

"At the end of summers, I've been down to 87 kg at my lowest and I'm at 93 kg at the moment which is where I want to be at," Starc was quoted as saying by cricket.com.au.

"I've started summers around that 90-91kg mark so I'm in a good place now, feeling really strong. It's been a good amount of time in the gym and now I'm back bowling and running and have enjoyed the time at home to be able to do that. (I have also managed to) rest the aches and pains of bowling through an eleven-month tour like the other boys..."

"It would be nice but at the same time the two occasions I've been up around that (160kph) mark I've snapped my foot," he said.

"Hopefully that's not the case but when everything's going well, that rhythm is happening and conditions suit, then I can get that speed gun up. Perhaps that extra time in the gym and extra time off I might be able to push the limits again."

The left-arm fast bowler has been troubled by injuries throughout his career which has led to him missing many tournaments and series.