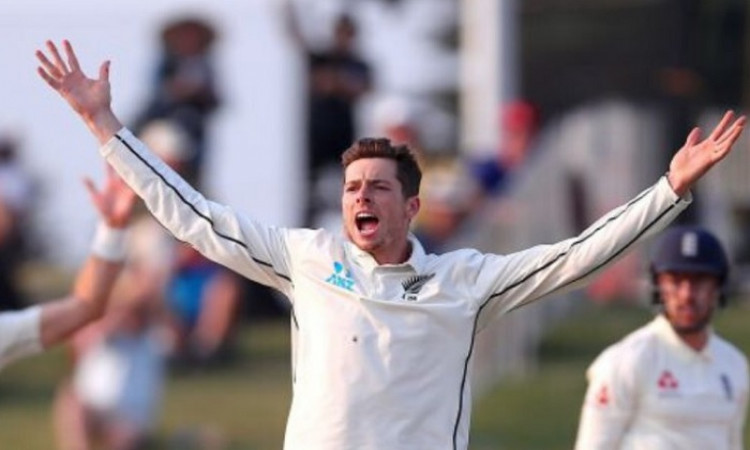 Fast bowlers Neil Wagner, Trent Boult and Colin de Grandhomme on Day One challenged Australia, who reached stumps on 257/4, with Steve Smith on 77* and Travis Head on 25*.

However, on Day 2, the Black Caps couldn't apply the same pressure and allowed the hosts to post 467 in their first innings with Head scoring 114 and Smith 79.

Santner, in particular, was taken to task by the Australian batters as he conceded 82 runs in his 20 overs and failed to even pick up a wicket.

"He's a one-day bowler, not a Test match bowler," Waugh was quoted as saying by Fox Sports. "If you're an orthodox bowler the one thing you've got to have is accuracy, yet he doesn't have that."

"He doesn't spin the ball a lot so you've got to have accuracy and he doesn't have that. He bowls short balls, too many easy scoring balls.

"I think it's a real big issue and the reason why they can't win this Test," he added.

According to Waugh, teams visiting Australia need to have a spinner who can get wickets.

"You've got to have a decent spinner in Australia or at least a spinner who can get wickets," said Waugh

"At the moment he isn't doing that and he's not keeping it tight so I don't know what they'll do in Sydney, they'll maybe have to bring in a leg-spinner because I can't see Santner playing," he added.