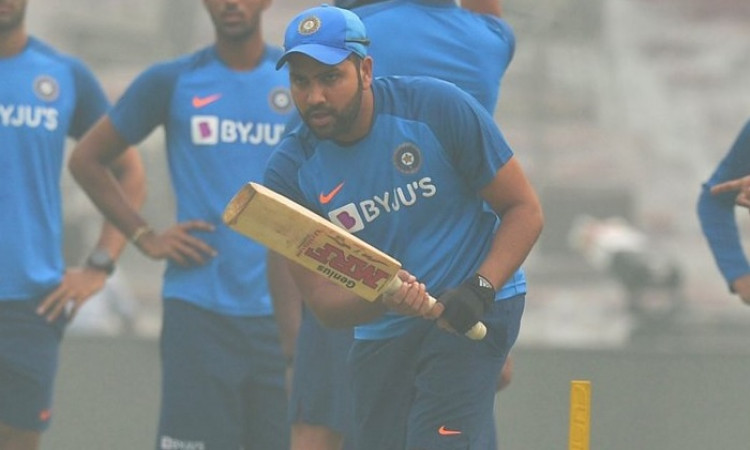 Rajkot, Nov 6: India stand-in captain Rohit Sharma is on the brink of becoming the first man from his country to play 100 T20I internationals when India take on Bangladesh for the second of the three-match series in Rajkot on Thursday.

Rohit will join Shoaib Malik of Pakistan (111) and Indian women's cricketer Harmanpreet Kaur (100) in becoming only the third cricketer to play 100 international matches in the shortest format of the game.

The pressure will be on Rohit who saw India lose to Bangladesh in the opener in Delhi last Sunday by seven wickets.

Rohit has been prolific in T20s, scoring 2452 runs with four hundreds to his name and 17 fifties.

Rohit on Sunday reclaimed the top spot in the list of highest run-scorer in T20 internationals during the first T20I at the Arun Jaitley Stadium.

Rohit has been trading the top spot with regular skipper Virat Kohli for some time now and it was the latter who was leading the chart with 2,450 runs to his name. Rohit was eight runs behind Kohli going into the first T20I against Bangladesh, and he closed the gap in the first over of the match.

It was Rohit's 99th T20I, taking him past Mahendra Singh Dhoni for most appearances in the shortest format for India.

Rohit has enjoyed a rich vein of form this year. After top scoring in the 2019 World Cup with 648 runs, he made his debut as an opener for India in Test cricket during the recent series against South Africa. He ended up scoring 529 runs in the series, which included a maiden Test double hundred.