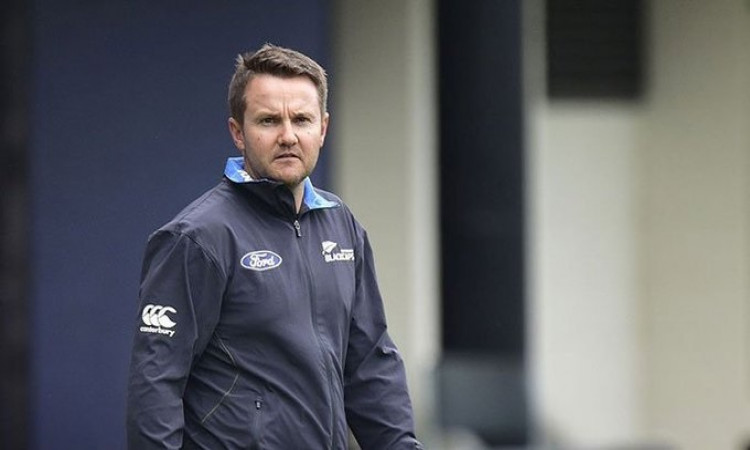 New Delhi, Aug 22: Moments after Ravi Shastri was re-appointed as the head coach of the Indian team till 2021, Cricket Advisory Committee (CAC) chief Kapil Dev had said 'as all of you were expecting' Shastri is the number one candidate for the job. But it has now come to the fore that Kiwi Mike Hesson had almost toppled Shastri.

Speaking to IANS, a senior Board of Control for Cricket in India (BCCI) functionary said that it was a close call between Shastri and Hesson and New Zealand's track record under the Kiwi from 2012 till 2018 had almost sealed the deal for the former Kings XI Punjab coach.

"It was not a walk in the park for Shastri as some of you seem to believe. Hesson was really close to getting the go-ahead. It is there for all to see how the New Zealand team improved by leaps and bounds under him across all formats.

"From being the perennial surprise package in big-ticket events, they had become a champion side under him and that is something that really impressed the CAC.

"Under his coaching, the Kiwis reached their first-ever World Cup final in 2015. While he did resign in 2018, the Kiwis playing their second final on the trot in 2019 also had a lot to do with what Hesson brought to the table. His strategizing with the senior members in the team can't be discounted," the functionary explained.

Asked what then turned the table back in Shastri's favour, considering that the CAC made it clear that skipper Virat Kohli wasn't consulted before taking the call, the functionary said it was Shastri's experience as a player on the international stage.

"The CAC felt that Shastri's proven record as a player was one area that needed to be give due recognition as one's own stature might become an area of concern when handling a team which has big names.

"Hesson hadn't played enough cricket himself and as we know started coaching in his early twenties. Shastri on the other hand played 80 Test matches and 150 ODIs. That is something that went against the Kiwi," the functionary said.

However the functionary refused to divulge if the experience of having M.S.K. Prasad as the chief selector and his inability to stand tall and take decisions was used as point of reference by the CAC when making the call. "That only then can tell you," the functionary said.

Interestingly, the national selectors led by Prasad are expected to announce the names of the support staff on Thursday. The CAC had expressed its desire to be a part of this as well, but the BCCI constitution doesn't allow it.

While Bharat Arun is expected to retain his position as bowling coach, Sanjay Bangar's position is under the scanner as batting coach. Vikram Rathour is considered favourite to take the position, but he will face stiff competition from Praveen Amre. In the fielding department, R. Sridhar is almost certain to be retained unless the selectors look to rope in someone like Jonty Rhodes.