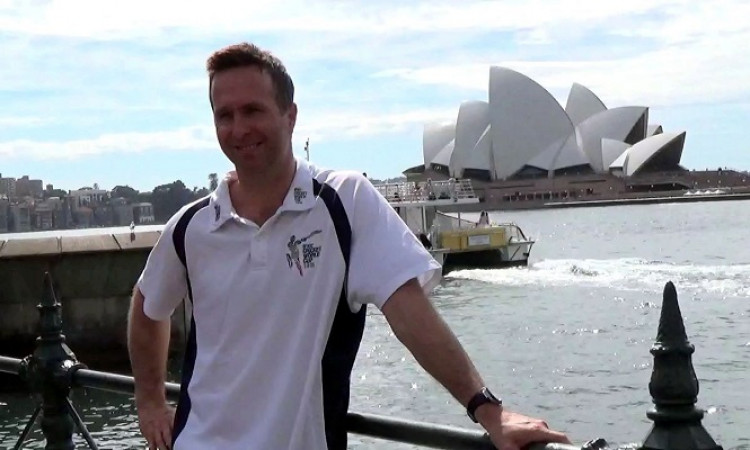 London, Nov 12:  Former England captain Michael Vaughan on Monday joked about a video doing the rounds on social media where a kid is seen playing copybook cricketing shots, saying he surely has an English cat or dog.

Fox Cricket shared a video on Twitter where a child, still in his diapers, is seen playing some of the most elegant cover drives in textbook fashion. The video, that went viral, sees the kid doing indoor practice and displaying a wide range of drives on the front foot as the ball is thrown at him.

"Surely he has an English cat or dog..." Vaughan wrote while tweeting the video.

"Still in diapers yet has a better technique than most club cricketers," Fox Cricket wrote while sharing the video.

Social media users latched on to the video like hotcake and among scores of comments, there was one saying the kid had better footwork than Virender Sehwag.

Another user asked under-fire India wicketkeeper Rishabh Pant to contact the kid. Many also said it reminded them of a young Sachin Tendulkar.