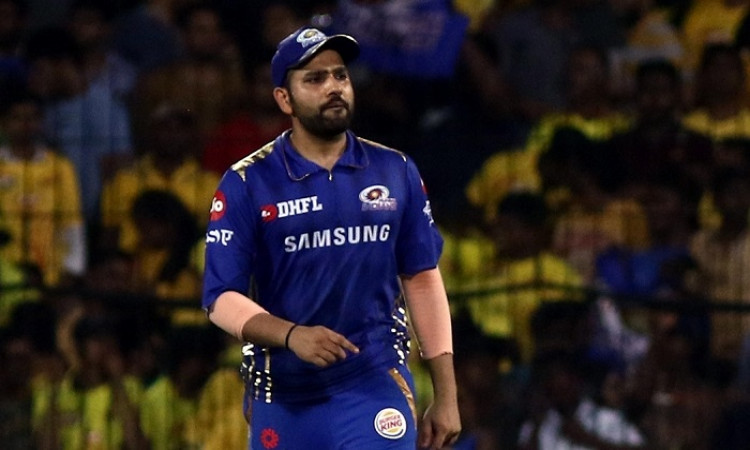 Kolkata, April 29 (CRICKETNMORE): Mumbai Indians captain Rohit Sharma has been fined 15 per cent of his match fees for breach of code of conduct during a match against Kolkata Knight Riders (KKR) in the ongoing edition of the Indian Premier League (IPL), here.

Rohit, after being adjudged LBW during the second innings on Sunday when his side was chasing a massive 233 against KKR at the Eden Gardens, broke the stumps with his bat.

The incident happened in the fourth over of the second innings when Rohit, who had given his side a good start smashing three boundaries early on, was given out to an attempted hoick that he missed off Harry Gurney.

Replays showed that the ball was just clipping leg stump as the Mumbai Indians skipper reviewed the decision. Rohit was displeased with the decision and after having a couple of words with the umpire, he broke the stumps with his bat.

During the hearing with the match referee after the game, Rohit accepted the sanction.

In the end, Mumbai lost the match by 34 runs, despite a blistering knock from Hardik Pandya who scored 91 off just 34 deliveries. The Mumbai-based franchise have 14 points from 12 games and are sitting at the third spot.