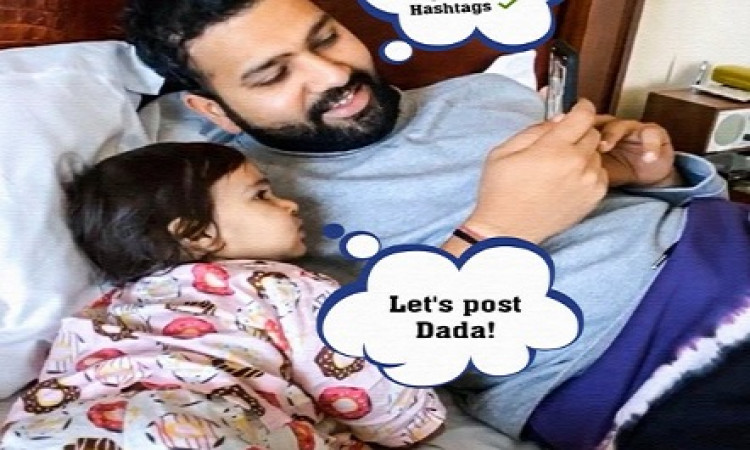 18 Feb. While Rohit Sharma is out injured, the ace batsman is getting some rare time to spend with his family. Rohit, like any another dotting father, always loves to be around his daughter, Samaira, and his Indian Premier League (IPL) side Mumbai Indians captured one such heart-warming moment.

In the picture, Rohit is seen showing something to his daughter from his phone. "On a scale of 1 to 10, how cute is Rohit's new social media manager?" MI said in a tweet also incorporating in it the photo Rohit's daughter is apparently asking him to post it.

Rohit will be leading defending champions Mumbai Indians against M.S. Dhoni's Chennai Super Kings (CSK) in a repeat of last year's final in the opening match of the 13th season of the IPL on March 29 at the Wankhede Stadium here.

On a scale of 1 to 10, how cute is Rohit’s new social media manager? #OneFamily #CricketMeriJaan @ImRo45 pic.twitter.com/8W3EEFzAXg

Meanwhile, the Indian team will be missing Rohit's services in the upcoming two-match Test series in New Zealand, like they did in the ODIs where they were thrashed 3-0.