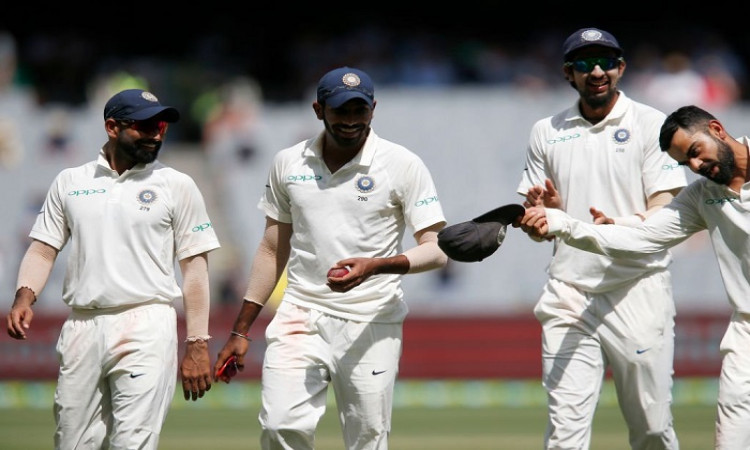 Melbourne, Dec 28 (CRICKETNMORE):  India slumped to 54/5 in their second innings even as they opened up a lead of 346 runs at the end of the third day of the third cricket Test against Australia here on Friday.

Mayank Agarwal was batting on 28 while Rishabh Pant was on six at the other end when the umpires decided to call it a day.

Australian Pat Cummins continued his good form from the first innings with four crucial wickets to return figures of 4/10 off his six overs. His victims included the dangerous Virat Kohli and the in form Cheteshwar Pujara, both of whom were dismissed for zero in the same over.

Earlier in the day, Australia were bundled out for 151 runs in their first innings. Fast bowler Jasprit Bumrah was the standout performer for India with figures of 6/33.