Dubai, Jan 12 (Cricketnmore); The Melbourne Cricket Ground (MCG) has escaped a fine but been given an official warning for producing a 'poor' pitch for the fourth Ashes Test between Australia and England, the International Cricket Council (ICC) has announced. 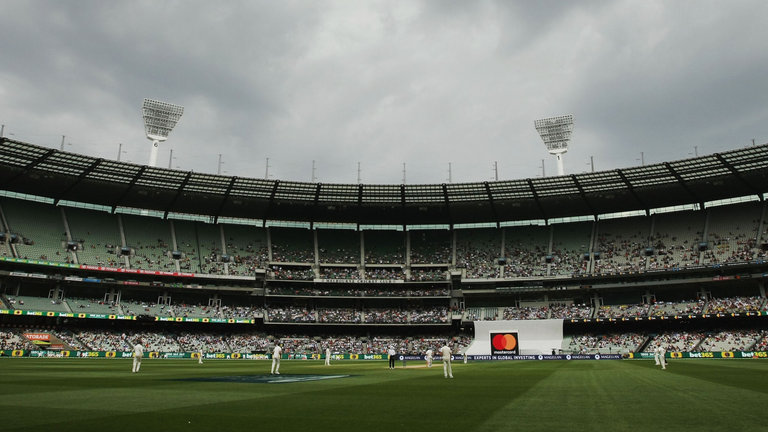 "The International Cricket Council (ICC) has on Friday announced that the Melbourne Cricket Ground (MCG) has been given an official warning, in relation to the 'poor' rating given to the pitch for the fourth Test of the Australia versus England series played at the venue from December 26-30," an ICC statement read.

The annual Boxing Day Test was the only match of this summer's five-Test series that failed to produce a result, with more than 1,000 runs and 24 wickets falling over the five days.

"In arriving at the sanction, the ICC noted the comprehensive response provided by Cricket Australia, which did not contest the rating given to the pitch by the ICC Match Referee, Ranjan Madugalle, but highlighted that the ground is a frequently used venue that has no history of preparing poor pitches for international cricket, and indicated that there was a commitment by both the Melbourne Cricket Club (MCC) and Cricket Australia to improve the pitches presented for international cricket at the MCG in the future," the statement further read.

The MCG Test was the last match to be rated under the old ICC Pitch and Outfield Monitoring regulations, with a revised process being introduced in men's and women's international cricket from January 4.

The new regulations have the power to strip a ground of the right to host international fixtures for two years if accumulates 10 demerit points.