New Delhi, April 13:  Tibetan spiritual leader the Dalai Lama remains one of the best moments for me not just in IPL but my entire life, former Australia and Chennai Super Kings (CSK) batsman Matthe 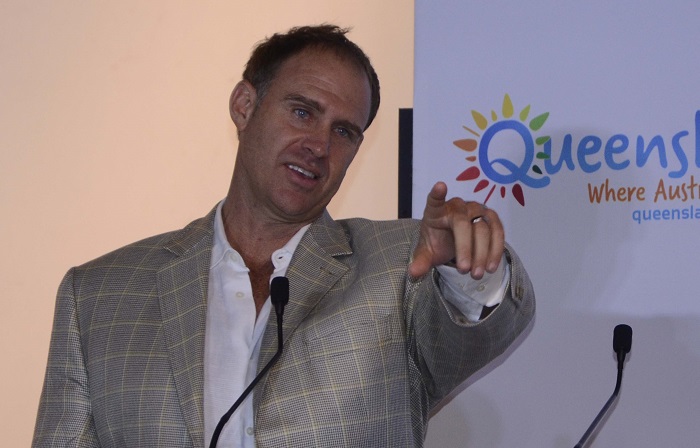 New Delhi, April 13:  Tibetan spiritual leader the Dalai Lama remains one of the best moments for me not just in IPL but my entire life, former Australia and Chennai Super Kings (CSK) batsman Matthew Hayden revealed on Monday.

During the 2010 Indian Premier League match between Chennai Super Kings and Kings XI Punjab, Hayden got the chance to meet the great spiritual leader in Dharamsala.


COVID-19: Dale Steyn unsure if T20 WC would be held this year

"In 2010 I got the opportunity to meet Dalai Lama, it was a great moment in my life, I got the chance to meet someone so special. I still remember the match between CSK and Kings XI Punjab at Dharamsala, we needed more than 190 and we were under the pump," Hayden said in the video posted on the official CSK Twitter handle wherein he talked about his favourite IPL moment.

"It was then that MS Dhoni walked out to the middle and started to tee off from the start, he scored 54 off just 27 balls, Suresh Raina scored 46 runs, both of them had a strike rate of over than 150 and as a result, we entered the finals," he added.

Hayden further revealed his second-best IPL memory and said: "My second-best memory is when Mumbai Indians and CSK took on each other in the 2010 IPL finals. We all know that it is the real rivalry in IPL. My favourite moment was when Albie Morkel dismissed Kieron Pollard, MS Dhoni had placed me at straight mid-off. I took a catch there to send off Pollard, and as a result, we ended up winning the tournament," Hayden said.

CSK had defeated Mumbai Indians by 22 runs in the summit clash and won their first IPL trophy in 2010.

The big-hitting Australian opener played 32 matches for CSK in IPL in which he scored 1,107 runs with a highest score of 93.