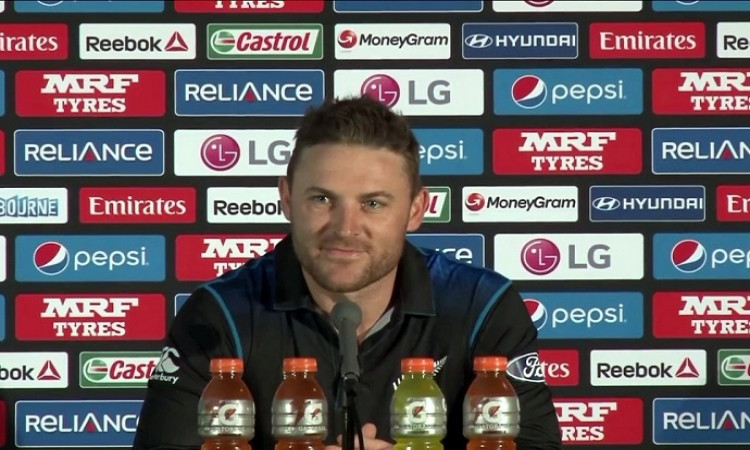 Auckland, May 6: Former New Zealand skipper Brendon McCullum on Wednesday suggested that a team from his country could be part of Australias Big Bash League to spur the interest of the audience in the T20 league.

"What an opportunity for the Big Bash if there's a shortage of international cricket," McCullum told 'SEN Radio'.

All cricketing activities are stopped at the moment due to the COVID-19 pandemic. McCullum would have been away in India at this moment with his duties as head coach of Indian Premier League side Kolkata Knight Riders, had the pandemic not brought the world to a standstill.

He also opined that Kiwi players could be used as local ones keeping in mind there could be a chance that overseas players in BBL might not want to travel if the COVID-19 restrictions continue.

"Perhaps you could even use New Zealand players as local players because there may be a distinct lack of overseas players who will want to travel, especially high-quality ones," McCullum said. "A little bit of creative thinking and another opportunity to get some New Zealanders across Tasman," he added.