Visakhapatnam, Oct 7:  Former Indian batsman V.V.S. Laxman has lavished praise on Mayank Agarwal, saying the biggest strengths of the 28-year-old are his mental toughness and stability and he plays "fearlessly just like his favourite Virender Sehwag". 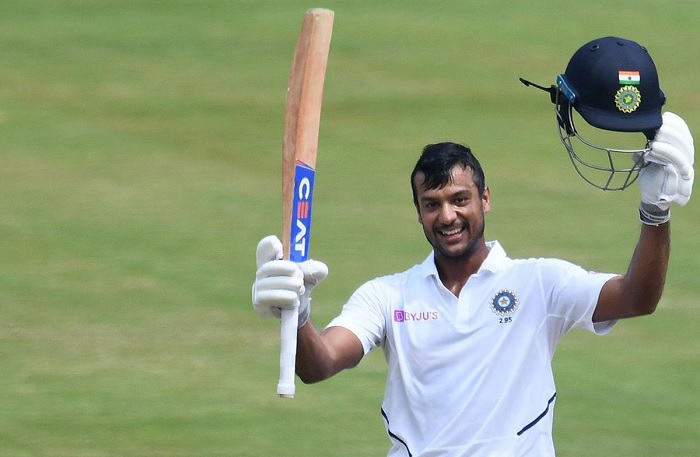 In the first Test against South Africa which India won by 203 runs at the ACA-VDCA Stadium, Agarwal scored a brilliant double hundred and helped India post a monstrous first-inning total of 502/7 declared.

"He (Agarwal) is a solid batsman and has approached this game like a domestic cricket match. Players usually change the way they play in domestic and international cricket, but he managed to maintain his style in both forms of cricket," Laxman said on Star Sports' Cricket Live programme.

"His mental toughness and stability are his strength and he plays fearlessly just like his favourite, Virender Sehwag," he added.

During the course of his 215-run knock, Agarwal also became only the fourth Indian batsman after Dilip Sardesai, Vinod Kambli and Karun Nair to convert his maiden century into a double-century. His innings was studded with 23 fours and six sixes.

The 28-year-old from Karnataka also shared a 317-run opening partnership with Rohit Sharma and laid a solid foundation for the team. The duo became the third Indian batting pair to stitch together a partnership of 300 runs or more in Test cricket.

Off-spinner Harbhajan Singh too praised Agarwal, saying he has a lot to offer to Indian cricket.

"Mayank Agarwal is a good batsman, he uses his feet well comes forward and hits and also executes reverse sweep shots. He has a lot in store and plays them when and where needed," said Singh.

"He is a hardworking player; the players who come from domestic cricket background have learned a lot. They come in late but have so much knowledge and experience of the game that they value and understand every opportunity that the game brings to them.

"Rohit Sharma was trying a different game, but Mayank Agarwal stuck to his game played well," he added.

With a 1-0 lead in the three-match series, India will aim to win the series in Pune when they face South Africa in the second Test beginning October 10.