On Friday, after trapping Hanuma Vihari lbw with an nip-backer, Potts had more elation in his next over when Kohli tried to leave after playing for forward defence. 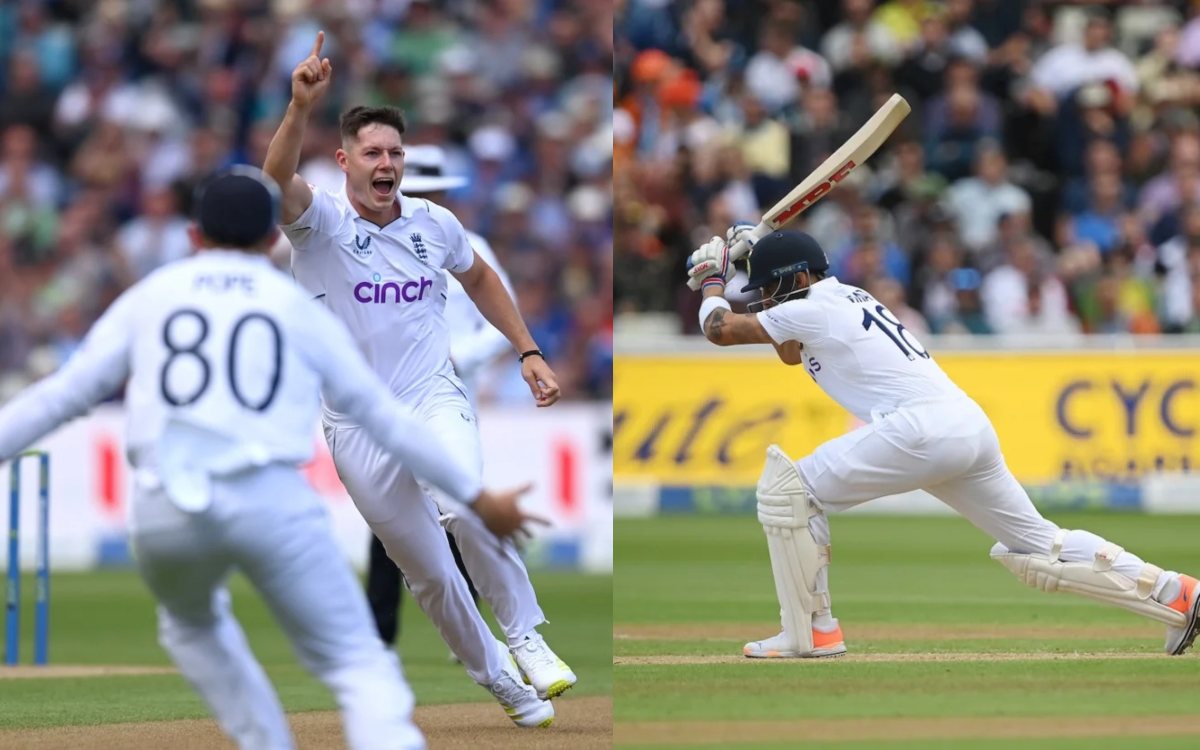 England's young pacer Matthew Potts on Saturday said that he always aims to put the ball in good areas on the pitch, which was one of the reasons in him fetching the prized scalp of senior India batter Virat Kohli on day one of rescheduled fifth Test at Edgbaston.

On Friday, after trapping Hanuma Vihari lbw with an nip-backer, Potts had more elation in his next over when Kohli tried to leave after playing for forward defence. But he was late in withdrawing the bat, which resulted in him chopping on to his stumps off the bottom edge for 11.

"I wouldn't say making a habit of it (getting opposition's best player out), I just try to put the ball in the good area and then if something happens then it does. Virat is obviously a great player, it's obviously nice to notch that one as well and have it there. But if it was any batsman, I'd look to put the ball there with the same intent, it just happens that it was Virat," said Potts in a pre-match chat with broadcasters Sky Sports.

After the twin scalps, Potts got some thrashing from wicketkeeper-batter Rishabh Pant, who hit him for six boundaries through both sides of the wicket to be pulled out of the bowling attack and end the day with figures of 2/85 in 17 overs.

"I think we put in a good day yesterday, a good shift. The boys are coming back today with the intent to clean them up and the batters are excited to get back out there on what seems to be a good pitch. Every day has been tough but you learn to enjoy that and yesterday was the first time I've been put under pressure. Rishabh played an absolute blinder of a knock, you could hit through the line on that," admitted Potts.

Potts also conceded that with the Dukes ball going soft after 30 overs and Pant (146) building a 222-run stand with Jadeja (83 not out), England never stopped their hunt of taking wickets. "That 40 to 80-over period has been tough with the way the balls have been, batters have scored well in that period but I think we had a good intent and were always looking to take wickets.

"We never went off the backfoot and always tried to press on the front foot, that's the approach we are going to take with. You got to take 20 wickets and try to win the game, so we will always go with the intent to take wickets."

Potts, 23, who made his Test debut in the 3-0 sweep of New Zealand, picking 14 wickets, signed off by saying that getting into the England squad wasn't on his mind in start of 2022. "This (England Test selection) was something which wasn't on the radar. Not at all at the start of the year. I was just looking to get fit and start the season well for Durham (his county side).

"Nice to progress and get more and more into the frame. It's something that I have taken it in my stride. It's just the same game, but you are wearing a different shirt and cap apart from some external pressures. I am just trying to keep it simple and give my best."