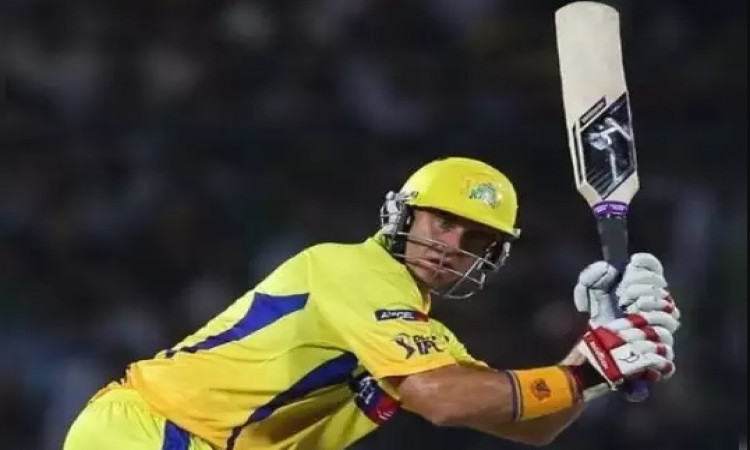 Chennai, May 9: The Mongoose bat was made famous by Chennai Super Kings opener Matthew Hayden during the Indian Premier League, but the former Australia batsman has revealed that CSK skipper M.S. Dhoni had pleaded with him not to use the bat.

In a chat with CSK on their official Twitter handle, Hayden revealed the same. "I will (MS Dhoni) give you anything you want in life, to not use this bat. Please do not use this bat," the opener recalled.

Earlier, Suresh Raina had picked Hayden's swashbuckling knock of 93 in just 43 deliveries using the unique bat in a 2010 game against Delhi Daredevils (now Delhi Capitals) as one of his favourite memories from the cash-rich league.

Raina was leading CSK in that game. "I want to say one good inning of your's against Delhi. You scored 93 with that mongoose bat. Every ball was going out of the park. You played so well on that particular wicket because the wicket was turning and Delhi played so really well. They scored 190 or 185 something and you were looking so solid," Raina had told Hayden in a video posted on his Twitter handle.

"We had a good partnership, I scored 49 in that game. I was captaining the side, you made me believe we can win from that situation. That was a very very good knock of yours. I still have the signed bat that you gave to me. I'm gonna share it with you, I hope you remember the autograph that you gave me," he added.