Sri Lanka reached 459 by tea on the fourth day without losing a wicket after resuming on 282-5. 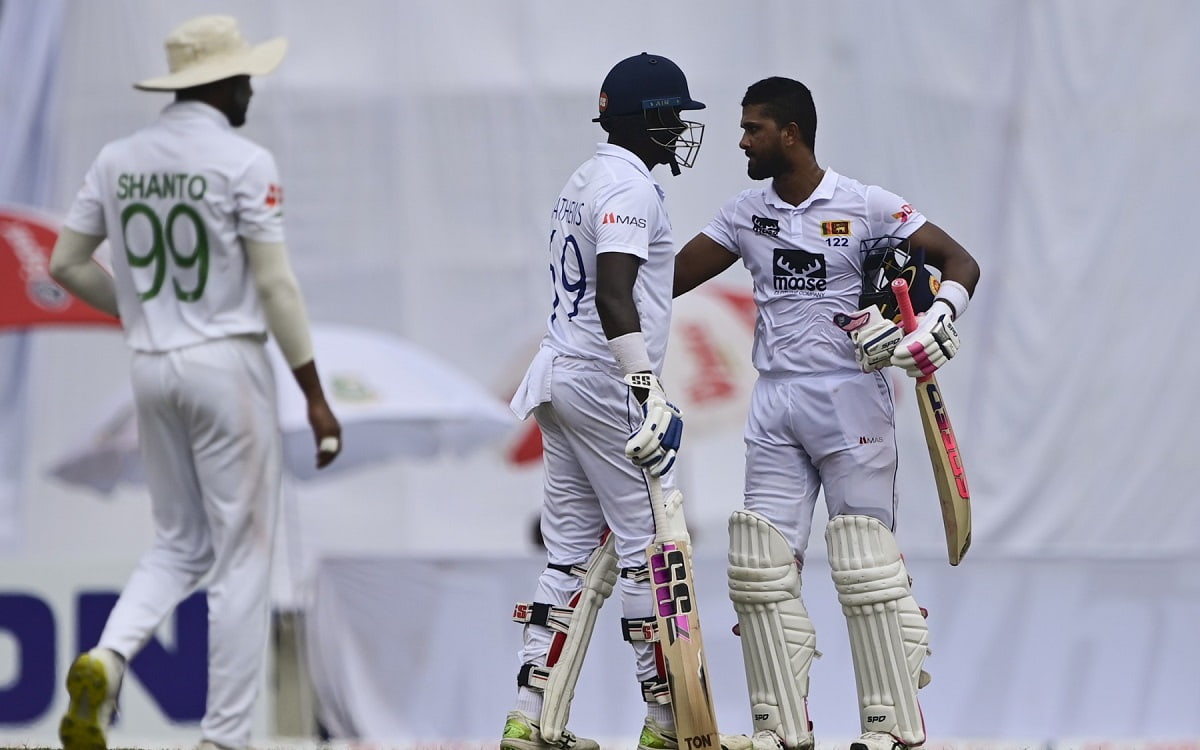 Angelo Mathews and Dinesh Chandimal each struck hundreds to guide Sri Lanka towards a sizeable first-innings lead in the second Test against Bangladesh in Dhaka on Thursday.

Sri Lanka reached 459 by tea on the fourth day without losing a wicket after resuming on 282-5.


Watch: Sourav Ganguly Enjoys Kohli's Flick In The Eliminator Between LSG vs RCB

Mathews was batting on 123 and Chandimal on 120, having guided the visitors to a 94-run lead at the Sher-e-Bangla National Stadium.

The pair had so far added 193 runs in their unbroken sixth-wicket stand.

Mathews was given out caught behind off Khaled Ahmed on 94 but survived on review.

Thursday brought his second Test century in the series and the 13th in his career with a single off Mosaddek Hossain before luck smiled on him again.

He was given leg-before off Mosaddek at 105 but the decision was reversed on review.

Chandimal enjoyed a similar lucky spell in the morning session after a caught behind call on the fourth ball of Mominul Haque's first over was overturned.

He later hit Ebadot Hossain for two successive fours before reaching his 12th Test century with a single in the same over.

Chandimal hit 10 fours and a six so far in his innings while a relatively sedate Mathews, who was one shy of a double ton in the drawn first Test in Chittagong, has hit nine fours and two sixes.