'I'm Matheesha And Not Malinga. I Want To Be Matheesha' 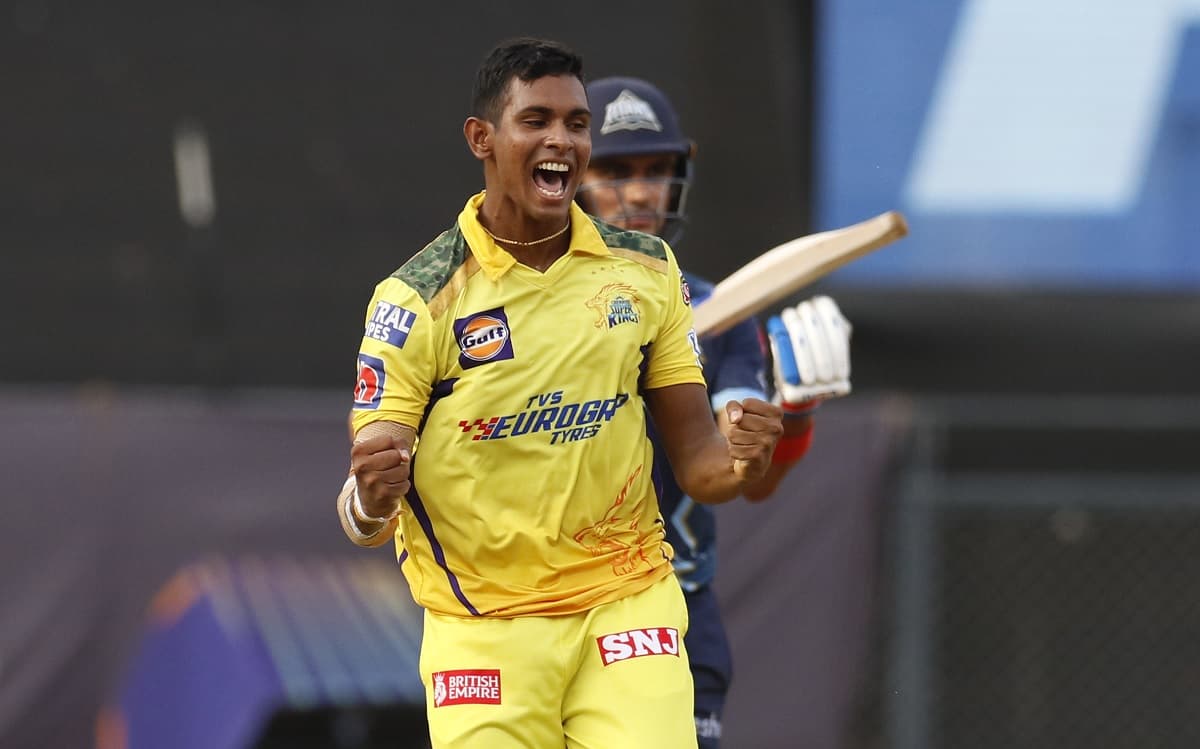 Nineteen-year-old Sri Lankan right-arm pace bowler Matheesha Pathirana wants to create his own identity and not be compared with Lasith Malinga, though the youngster says that the legendary bowler was his first cricketing idol.

Pathirana made an impressive Indian Premier League (IPL) debut for Chennai Super Kings in the game against Gujarat Titans, picking up two wickets, including that of opener Shubman Gill in his very first delivery at the Wankhede Stadium on May 15. Though CSK lost the low-scoring match by seven wickets, Pathirana showed promise for upcoming IPL seasons.

Pathirana has made heads turn with his unique action, which is similar to that of former Sri Lankan pace bowler Malinga.

Pathirana, who used to watch Malinga's videos to model his bowling action like the legend, said on CSK TV that, "When I started bowling, my coaches told me my action and hand position is like Lasith Malinga. I thought about that. I thought I can do something. I tried and watched Malinga's videos. I tried that. That's how I started."

"My first bowling idol is Malinga. I think my whole world is Lasith Malinga. I have met him only once. But I'm going to meet him soon. We haven't had too many conversations. We met and (he) taught me to be aggressive."

In fact, Malinga too has been in praise of the youngster and had recently tweeted his appreciation, saying, "Excellent start young man @matheesha_99. FULL and STRAIGHT."

Pathirana, who is being called Junior Malinga, says the tag doesn't put added pressure on him.

"I don't feel the pressure. It's only a nickname to me. I'm Matheesha and not Malinga. I want to be Matheesha."

Pathirana also spoke about the excitement of being picked by Chennai Super Kings for IPL 2022.

"After the Under-19 World Cup, I registered in the IPL auction. I watched it. I was not picked. But I was so excited when they called me to CSK after Adam Milne was injured. I'm really excited about that moment. "I told my mom, father and my two sisters. They were really happy. I was also really happy. I think it was a very happy moment in my life.

Speaking about the atmosphere in the Super Kings camp, Pathirana said, "I was initially scared when I went for practice. I joined them and I think this a very comfortable place to be. Coach, players, all are very humble. I think it's the main thing to boost my confidence.

"I had a conversation with DJ Bravo. He taught me how to bowl slower balls. I tried it. I'm very happy because he's very humble," he added.