New Delhi, July 22:  Australia batsman Marnus Labuschagne has picked teammate Steve Smith ahead of Virat Kohli in the longest format but accepted that the India skipper's numbers in white-ball cricket is second to none. 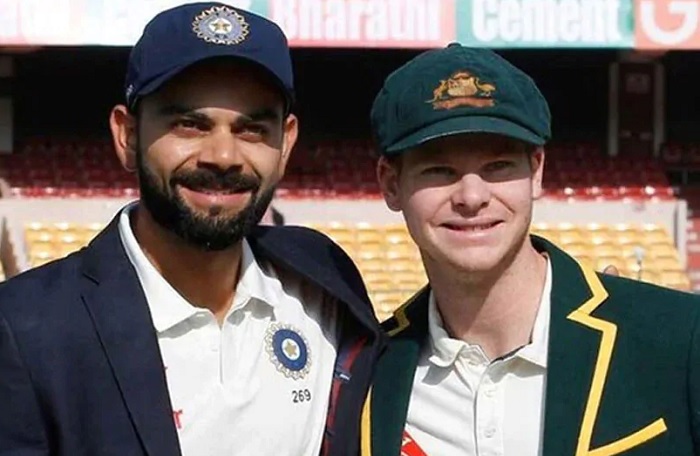 In the longest format, Smith and Kohli have been hogging the top two in ICC rankings for a while now. Labuschagne feels Smith ability to bat consistently in different conditions sets him apart.

"I think Steve (Smith) in Test cricket has just shown in any condition, he can find away. I think that's what you know really makes him the best, number one Test player in the world," Labuschagne was quoted as saying by India Today.

"He has found a way in India, he has found a way to score in England, he is obviously very consistent in Australia, so it seems that it doesn't matter where are you playing and in what conditions, he is finding a way. Now, Virat has probably done a similar thing. I will probably go with Steve in Test cricket.'

Labuschagne is part of Australia's 26-member preliminary squad for their proposed limited-overs series against England. The final squad will be picked after the tour is confirmed by both the boards.

Australia's proposed limited-overs series in England, which will consist of three T20Is and as many ODIs, will begin on September 4.

As per the report, all six matches are expected to be played at the Ageas Bowl in Southampton and the Old Trafford in Manchester -- the two stadiums with hotels large enough to house both the teams, match officials and broadcasters.