March 20 (CRICKETNMORE) - The Windies’ Marlon Samuels has received an official warning and one demerit point after being found guilty of a Level 1 breach of the ICC Code of Conduct for Players and Player Support Personnel during his side’s ICC Cricket World Cup Qualifier 2018 match against Zimbabwe at the Harare Sports Club on Monday. 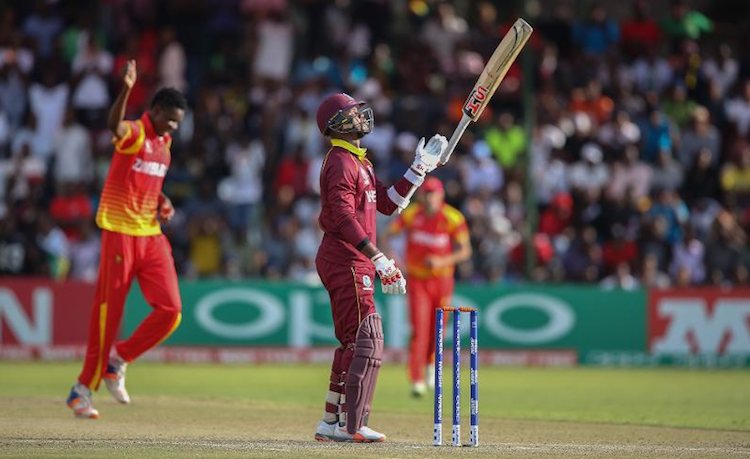 Samuels was found to have breached Article 2.1.8 of the code, which relates to “abuse of cricket equipment or clothing, ground equipment or fixtures and fittings during an international match”.

Samuels was charged by on-field umpires Michael Gough and Simon Fry, third umpire Adrian Holdstock and fourth umpire Paul Wilson when, following his dismissal, he hit and damaged the 30-yard circle disk with his bat on his way to the dressing room after being dismissed for 86.

Samuels admitted the offence and accepted the sanction proposed by match referee Graeme La Brooy and, as such, there was no need for a hearing.