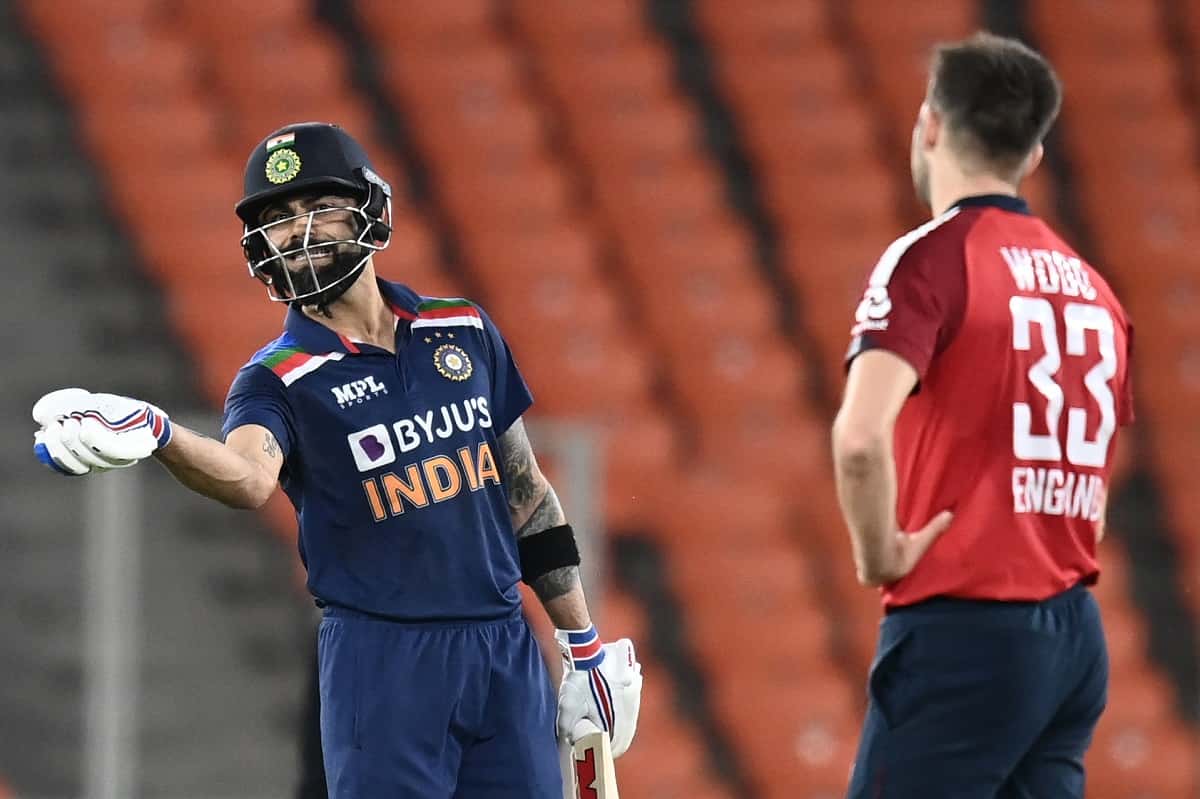 After Wood had wreaked havoc in his first three overs, Kohli took him apart in his fourth and final over. He hit two sixes and a four in the fast bowler's final over. The first six was something that caught Wood's eye too.

The India batsman walked across the stumps and anticipating the length and line, he got into a position to pull it in front of square.

"Good players are allowed to do that. I said to him at the end 'that first ball you hit for six was a hell of a shot'. He got in, took his time and went at the end. He is a fantastic player we try to get out early. This time we didn't but we were still pleased with the score we kept them to," said Wood on Wednesday.

"I bowled what I wanted to do and he just played good shots," added Wood.

Despite Kohli's 77 not out, England managed to to restrict India to 156 in their 20 overs and then easily chased the total, winning by eight wickets to take a 2-1 lead in the five-match series.

The fourth T20I will be held on Thursday.