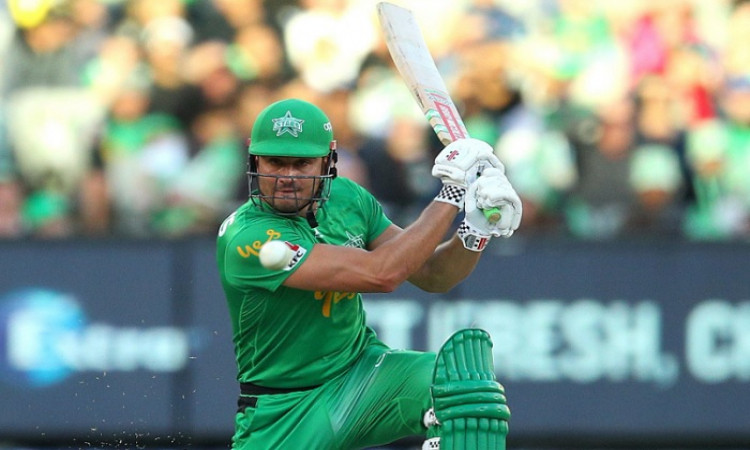 With the scintillating knock, he surpassed D'Arcy Short, who had a 69-ball unbetaen 122 two years ago.

It was Stoinis and Hilton Cartwright (59) heroics which powered the Stars to mammoth 219/1 in the allotted 20 overs. The duo shared a 207-run partnership for the opening wicket to hand a perfect start to their side.

Stoinis knock was laced with 13 boundaries and eight sixes.

The 30-year-old will ply his trade for Delhi Capitals in the upcoming editions of the Indian Premier League (IPL). Soon after his blistering knock, the Delhi-based franchise were quick to take note of the right-hander's heroics and tweeted: "Absolutely outrageous! Marcus Stoinis finishes with an unbeaten 147 off 79 balls, the highest ever individual score in BBL history."

Stoinis meanwhile, also leads the charts for leading run-getters in this year's edition of BBL after amassing 331 runs from eight innings, averaging over 55.