Sydney, Feb 4:  Melbourne Stars all-rounder Marcus Stoinis has been crowned the Big Bash League (BBL) Player of the Tournament following a record-breaking season with the bat. Stoinis edged out Sydney Sixers Tom Curran for the honour, polling 26 votes to Curran's 24 from the match umpires after each match of the 56-game home and away season. 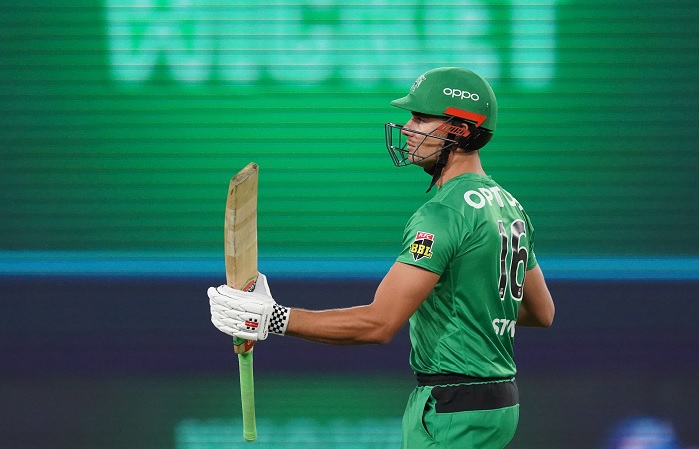 The 30-year-old finished the regular season as BBL|09's leading runs-scorer (a position he still holds) with 607 runs, five half-centuries and an unforgettable 147 no against the sixers, the highest individual total in the history of the competition.

"I'm honoured to have been voted as the 2019-20 KFC Big Bash League Player of the Tournament," Stoinis was quoted as saying by cricket.com.au.

"I love playing for the Melbourne Stars. This team is special to me and I love having the opportunity to run out onto the field with them. We've got a big match against the Sydney Thunder on Thursday night and I hope to see our Team Green fans at the MCG to help get us over the line," he added.

His efforts played a pivotal role in the Stars finishing the regular season in first place with 10 wins from 14 matches, earning the club a second chance in the new-look finals system.

Opening the batting for the Stars, Stoinis posted 81 unbeaten from 54 balls against Hobart Hurricanes in Moe to kick start his season. His 58 against the Thunder on January 2 in Sydney steered his side to victory, despite an epic of collapse of 6-19 that almost delivered an unthinkable defeat.

That knock at Sydney Showgrounds Stadium was the start of a hat-trick of half-centuries, with scores of 68 and 50 following in less than a week later.