The International Cricket Council's 'Big Three' formula, devised by former BCCI chief N Srinivasan along with England and Australia and by which the three countries were to receive the lion's share of ICC revenues, inflicted 'severe damage to world cricket', Pakistan Cricket Board (PCB) chairman Ehsan Mani has said. 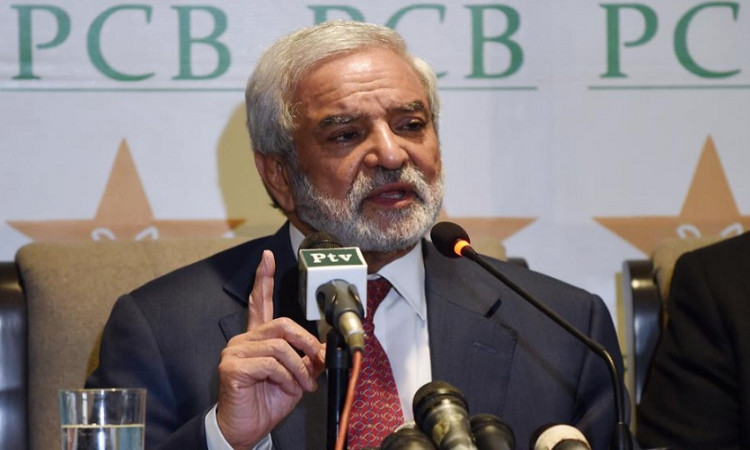 Mani, who was ICC president from 2003-06, felt that the formula was "imposed" on all other ICC members. He alleged that the 'Big Three' countries "threatened" not to play with those who did not agree to the new method of sharing total ICC revenues -- 20.3 per cent for India, 4.4 per cent for England, and 2.7 per cent for Australia - from 2015-2023.

"Certainly, during my time at the ICC, I was very fortunate that we had a united Board comprising all the members. That equation was very badly damaged by the so-called 'Big Three'. India, England and Australia got together and imposed changes on the others that were not in the interest of others, threatening not to play with them unless they agreed (with the changes). Everyone is now scrambling to look after their own interests in an unhealthy environment (at the ICC)," Mani, 75, told in an exclusive interview.

"The 'Big Three' formula was not in the interest of any form of cricket. It has done severe damage to world cricket. They have taken away money from global development fund and ICC associate member countries. The whole thing was very undesirable. All the major ICC events were divided between these three countries - India, Australia and England," thundered Mani.

The 'Big Three' formula was diluted after India's Shashank Manohar took over from Srinivasan - he was removed by the BCCI as its nominee to the ICC - and became the first independent elected ICC chairman in 2014.

Mani, a former left-arm pacer, praised Manohar for dismantling the 'Big Three' method to an extent, but said much more work needs to be done to bring financial parity and harmony within the ICC member countries.

"Mr Manohar had to try and undo a lot of the damage. But a lot more has to be done and it can only be done through a proper governance review of the ICC, which will take place, otherwise we will have countries that will go bankrupt," warned the Fellow of the Institute of Chartered Accountants (England & Wales), who has spent a lifetime dealing with financial matters at the highest level.

"I have a lot of respect for Mr Manohar. I think he was superb; he was very good. He was decisive. What I am saying is that he started something that needed to be built on and taken to the next stage," Mani said.

After Manohar's two-year first term as ICC chairman expired in 2017, he was given another two-year term. Then, the Nagpur-based senior advocate showed no interest in continuing further.

Mani, however, wanted Manohar to carry on. "It would have been good for cricket if he had continued. But he has his own reasons to not to continue. One has to respect that. He gave the ICC a fair bit and one has to accept that and thank him for that. But then we have to move forward. No institution can be built around one person. I would have liked him to continue," he averred.

In some quarters, Mani's name was also floated as Manohar's successor. "That's true. I am back in cricket (administration) only to help the PCB, and have no other interest," he said.

With Mani ruled out, Colin Graves, who recently demitted office of the England and Wales Cricket Board chairman after five years, and BCCI President Sourav Ganguly, are being considered as front runners to succeed Manohar. If Ganguly is chosen/elected, he would have to leave the BCCI post. His tenure as BCCI president has already expired and the issue is presently in India's Supreme Court.

Now, the ICC Board is trying to decide a formula through which an independent chairman could be elected or chosen unanimously. Mani refrained from commenting on the issue. "I won't comment on that. That's for the ICC to answer," he said.

Asked specifically about Graves' and Ganguly's names being floated, Mani said: "I am not going to talk about chairmanship at all. It's a matter of the ICC Board and its members to vote and decide."

Mani said he hasn't met Ganguly in person since he took over the BCCI reins in October. Both are of the ICC Board as representatives of their national bodies.

"I know Sourav from the time he was playing for India as captain and I have the highest regard for him. Unfortunately, because of the COVID-19 situation we have had no face-to-face meeting. We have spoken on the phone once or twice. And we, obviously, speak at the ICC meetings. But at those meetings, every country is looking after its own interests," he said.