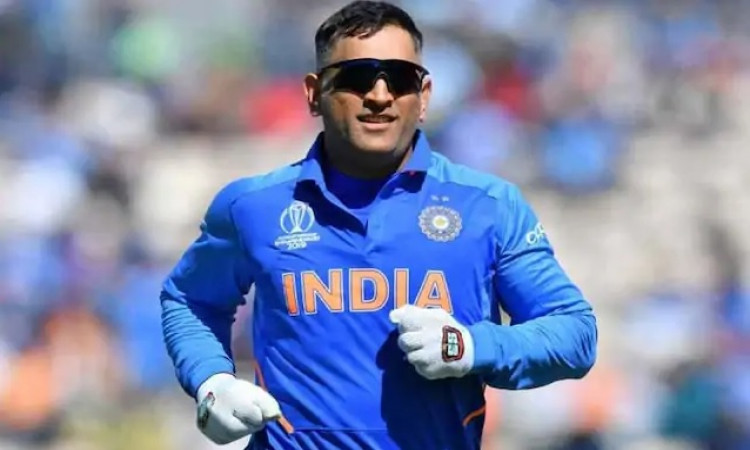 Regarded as one of the most successful captains of the Indian cricket team, Dhoni has been on a sabbatical ever since the semi-finals of the 2019 World Cup where India lost to New Zealand. Its been almost an year that he has been away from the cricket field, yet conversations about his return or future retirement have never died out in the time since and he still remains one of the most talked about cricketers in the present era.

Several members of the Indian cricket fraternity took to Twitter to wish Dhoni on his special day.

"Happy birthday to my Bittu from your Chittu. My friend who has taught me to be a better human being and stood by me in bad times MS Dhoni," India all-rounder Hardik Pandya wrote on Twitter.

"Happy birthday to MS Dhoni...a true leader who led from front, a true brother who stands for his real brothers. A true fighter till the last ball in play. Thanks a lot brother for such great moments with me...loved every advise given to me and team," S Sreesanth said.

"Many more happy returns of the day to a man whose composure and patience continues to be an inspiration," wrote VVS Laxman.

Virender Sehwag tweeted: "Once in a generation, a player comes and a nation connects with him, think of him as a member of their family, kuch bahut apna sa lagta hai. Happy Birthday to a man who is the world (Dhoni-ya) for his many admirers."

"Here's wishing a very Happy Birthday MS Dhoni to one of my favorite human, brother & a leader I could ever ask for! The man who has always played with his mind and heart. Thank you for all the inspiration Dhoni Bhai," tweeted Suresh Raina.

BCCI also paid a tribute to the former Indian captain by sharing a montage of the monstrous sixes which he smashed throughout his career.

Dhoni, who made his debut in 2004 against Bangladesh, has been a remarkable servant of the Indian cricket. The 39-year-old has been a vital cog for Indian cricket ever since he made his entry into international cricket. Be it his brilliant glove work or his skillful batting, Dhoni has contributed in every way possible for taking the Men in Blue to the pinnacle of the sport.

Speculations about his retirement from all forms of international cricket have been going ever since the 2019 World Cup. But Dhoni has still not made any such announcement. However, one thing is sure -- whenever he hangs his boots, it will be a day when entire India will have tears in its eyes, just like when Sachin Tendulkar drew curtains on his 24-year-old long career in Mumbai.