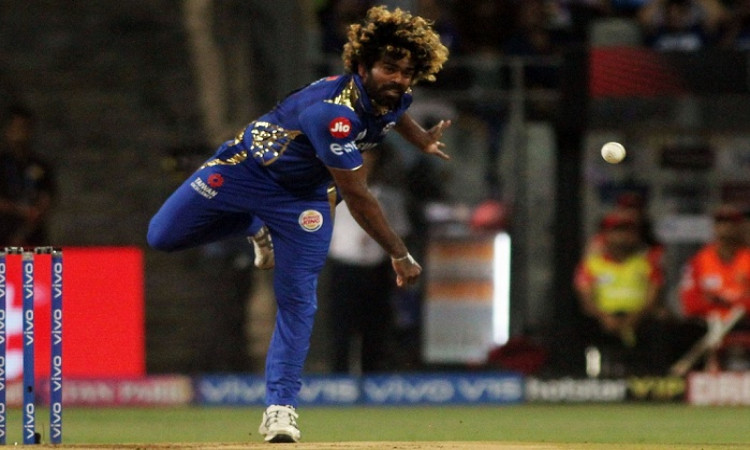 Mumbai, April 16 (CRICKETNMORE):  Mumbai Indians skipper Rohit Sharma has showered praise on Lasith Malinga, saying that they missed the Sri Lankan fast bowler in their previous matches of the ongoing edition of the Indian Premier League and that his performance is very critical for the team.

Malinga, who was recalled into the side at the expense of the injured Alzarri Joseph, picked up four wickets to restrict Royal Challengers Bangalore to 171, which his side chased down with an over to spare at the Wankhede Stadium here on Monday.

"Lasith's performance matters a lot to us. We missed him for a few games. His form is very critical for Mumbai. Trust me, with all that he has done over the years, bowling at the death at the Wankhede is very difficult," Rohit said after the match.

"Credit goes to the bowlers in general for restricting a good RCB batting line-up to 170 odd," he added.

Malinga, who was adjudged the Player of the Match for his brilliant figures of 4-31, admitted it had been tough for him in the last couple of weeks but he wanted to give his 100 per cent.

"It's been tough for me in the last couple of weeks, because I had to go back to Sri Lanka to play domestic cricket. But I realised wherever I play I got to give my 100 per cent and today I did my best and we won the game," said Malinga.

The Mumbai skipper also praised Hardik Pandya whose late cameo of 37 not out, guided Mumbai Indians to a five-wicket win, saying that the all-rounder wanted to prove a point with bat and ball.

"His (Hardik) hitting has been helping the team and him as well, to move forward. This is something he wanted to do because he didn't have a lot of time before coming to the IPL. So he wanted to prove a point to himself with the bat and ball, than to anyone else. The way he is hitting it gives us confidence as a team that there is someone who can hit that well at the end and win crucial games," said Rohit.

Mumbai now have five wins from eight matches in the ongoing IPL and will now take on Delhi Capitals at the Feroz Shah Kotla in their next encounter on Thursday.