Mahi is always emotional about cricket, it's his love: Sakshi 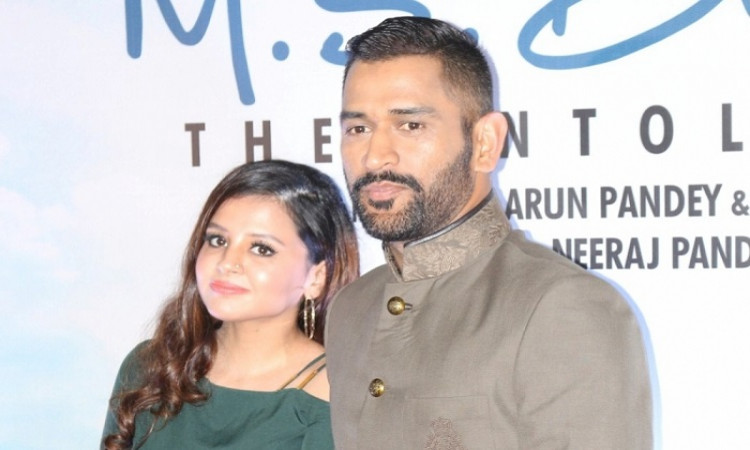 Chennai, May 31: The common perception might be that Mahendra Singh Dhoni does not show a lot of emotion on the field and is 'Captain Cool'. But on Sunday, the iconic former India captain's wife Sakshi said that Dhoni is always emotional about the game as it is his love.

While talking about Dhoni getting emotional after leading Chennai Super Kings to their third Indian Premier League title in 2018, Sakshi said during an Instagram Live chat on CSK's official handle: "Mahi is always emotional about cricket. It's his love."

Rajasthan Royals (RR) along with CSK were making a comeback to the IPL after a two-year ban.

"Video games are a stress buster for him. He has a thinking brain which doesn't rest. So video games help him and he is now too much into Call Of Duty and PlayerUnknown's Battlegrounds (PUBG)."

Sakshi also joked that only she can pick up a fight with ice-cool Dhoni who last turned out for India during their loss to New Zealand in the 2019 World Cup semi-final.

"Nobody picks up a fight with him. I am the only one," she smiled.

Sakshi also revealed that Dhoni has always kept his door open during tours and players could walk in any time they wanted.

"Mahi has always kept his door open. It has been like that since 2010 (when we got married). People come...we chat sometimes till 3-4 in the morning. When they come to talk to Mahi about cricket, I go away."

Sakshi also spilled the beans on their plans to hit the hills post lockdown on a road trip provided cricket does not resume during that time.

"If there is cricket there will be cricket. But Mahi and I have planned to hit the hills. We are planning to go to Uttarakhand..stay in small villages. we will do road trips..no flights," Sakshi said.

Sakshi also said CSK has always been a family to them.

"It is nice to be part of the family. They take the sport as sport and there are no hard feelings."

During the Instagram chat, India leg-spinner Yuzvendra Chahal commented, challenging Sakshi for a game of online ludo and also asking "bhabi how are you, where is Mahi bhai".