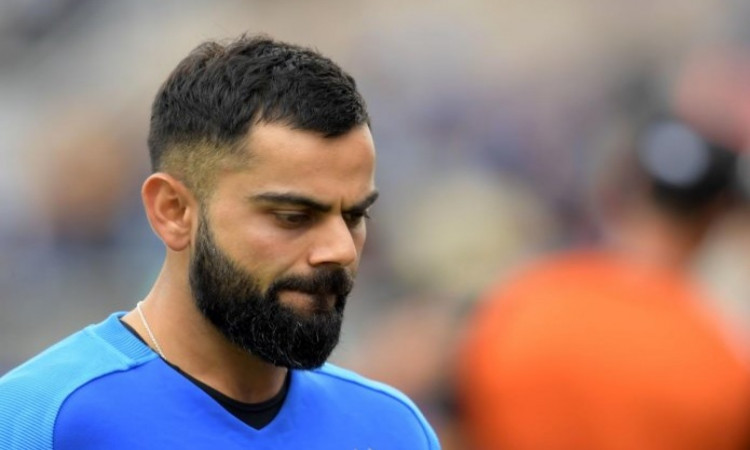 New Delhi, Jan 27:  The cricket fraternity on Monday came in unison to condole the untimely demise of NBA legend Kobe Bryant, who was killed in a helicopter crash.

Bryant, 41, along with his daughter Gianna, 13, and seven others were killed in the crash on a steep, hilly area in Calabasas, California on Sunday morning. All the nine people on board were travelling for Gianna's basketball game which was to begin on Sunday afternoon in the Thousand Oaks area.

Also Read: Rishabh Pant will be back in India XI sooner than later: Ricky Ponting

Offering his condolences, India captain Virat Kohli posted an image of Bryant on Instagram and wrote: "Absolutely devastated to hear this news today. So many childhood memories of waking up early and watching this magician doing things on the court that I would be mesmerized by.

"Life is so unpredictable and fickle. His daughter Gianna passed away too in the crash. I am absolutely heartbroken. Rest in peace. Strength and condolences to the family."

Kohli's teammate Rohit Sharma said: "Sad day for the sporting world today. One of the greats of the game gone too soon. Rest in peace Kobe Bryant and his little daughter Gianna and the other victims."

"Basketball champion and his daughter will always be remembered! Heartbreaking news. My condolences to the family! Rest in peace," tweeted Ishant Sharma.

India coach Ravi Shastri took to Twitter and said: "Absolutely devastated by the tragic news of Kobe Bryant and his daughter. My heartfelt condolences to his family, friends and fans across the globe."

Ace off-spinner Ravichandran Ashwin express shock at the news and tweeted: "Kobe Bryant died??? One of greatest sportsmen of our time is no more."

"The world has lost an icon. Kobe was one of the greatest of all times. Deeply saddened to hear about the passing away of Kobe, his daughter and others. Still can't believe it," said Mohammad Kaif.

"Legends live on through the legacy they leave behind to inspire the world. A big big loss. RIP Kobe Bryant, May god give strength to your family," said Suresh Raina.

Former Australia leg-spinner Shane Warne said: "Like everyone, I'm stunned, shocked and saddened to hear the horrific news about Kobe Bryant and his 13 year old daughter who died in a helicopter crash. Thoughts are with his family and loved ones at this extremely sad time."

"What a fickle thing life is #RIPKobe again a reminder to not take ourselves so so seriously as you never know which walks of yours is the last one, not to sound morbid but that's the ultimate reality...may his soul merge with light," tweeted former India spinner Murali Kartik.

Bryant was the winner of the NBA's Most Valuable Player Award for the 2007-08 season. His career highlights include a jaw dropping 81-point game in 2006 which was the second-highest single-game total in NBA history.

He won gold for the US at the 2008 and 2012 Olympics. Bryant also has an Academy Award to his name for his animated short film "Dear Basketball" in 2018.

The 'Mamba' name became a metaphor for Bryant after Nike released a commercial in 2011 featuring an idea called "The Black Mamba", which is portrayed as Bryant's alter-ego.

The Black Mamba is being pursued by a crime lord who wants to get his hands on Mamba's shoes.

Bryant wore the first Mamba shoes during the 2005-2006 NBA season, including in the game in which he scored 81 points in January 2006.