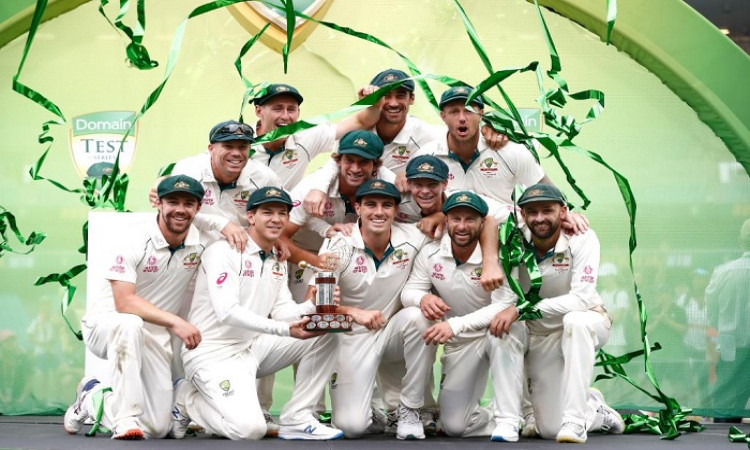 Sydney, Jan 6:  Continuing with their resurgence, Australia thrashed New Zealand by 279 runs in the final Test at the Sydney Cricket Ground (SCG) on Monday, thus whitewashing the Black Caps in the three-match series.

After setting a target of 416, Australia -- riding on off-spinner Nathan Lyon's second fifer of the match -- bundled out the Black Caps for mere 136 runs on the fourth day of the Test match.

Apart from Colin de Grandhomme who scored a quickfire fifty, none of the New Zealand batters could stay long at the crease and their last innings in Australia on this tour lasted for only 47.5 overs.

While Grandhomme and Ross Taylor were the major contributors for New Zealand in the fourth innings with 52 and 22, Mitchell Starc and Pat Cummins scalped four wickets between them and helped Lyon to bundle out the visitors. Lyon had returned with figures of 5/68 in the first innings as well when New Zealand could manage only 241 in reply to Australia's 454.

Resuming on 40/0 in their second innings, David Warner scored his 24th Test ton and helped Australia in setting up a target in excess of 400. Marnus Labuschagne, who has been having a dream run this season, piled up his seventh 50-plus score in eight innings and helped Tim Paine declare at 217/2.

Australia had won the first two Tests by 296 and 247 runs in Perth and Melbourne respectively.

Australia currently stand at the second spot in the ICC Test Championship table with 296 points from 10 games (seven wins, two losses and a draw). India are at the top of the charts with 360 points with seven wins from seven games. Australia will now travel to India for a three-match ODI series beginning January 14 in Mumbai.