'Could Be My Last Game': Chris Lynn On Running Rohit Sharma Out Against RCB On Debut

Opener Chris Lynn, who got an opportunity to play the opening match for Mumbai Indians in place of Quinton de Kock, is hoping that his first match doesn't turn out to be his last after the right-handed batsman was involved in a run-out of his skipper Rohit Sharma in Friday's match against Royal Challengers Bangalore. 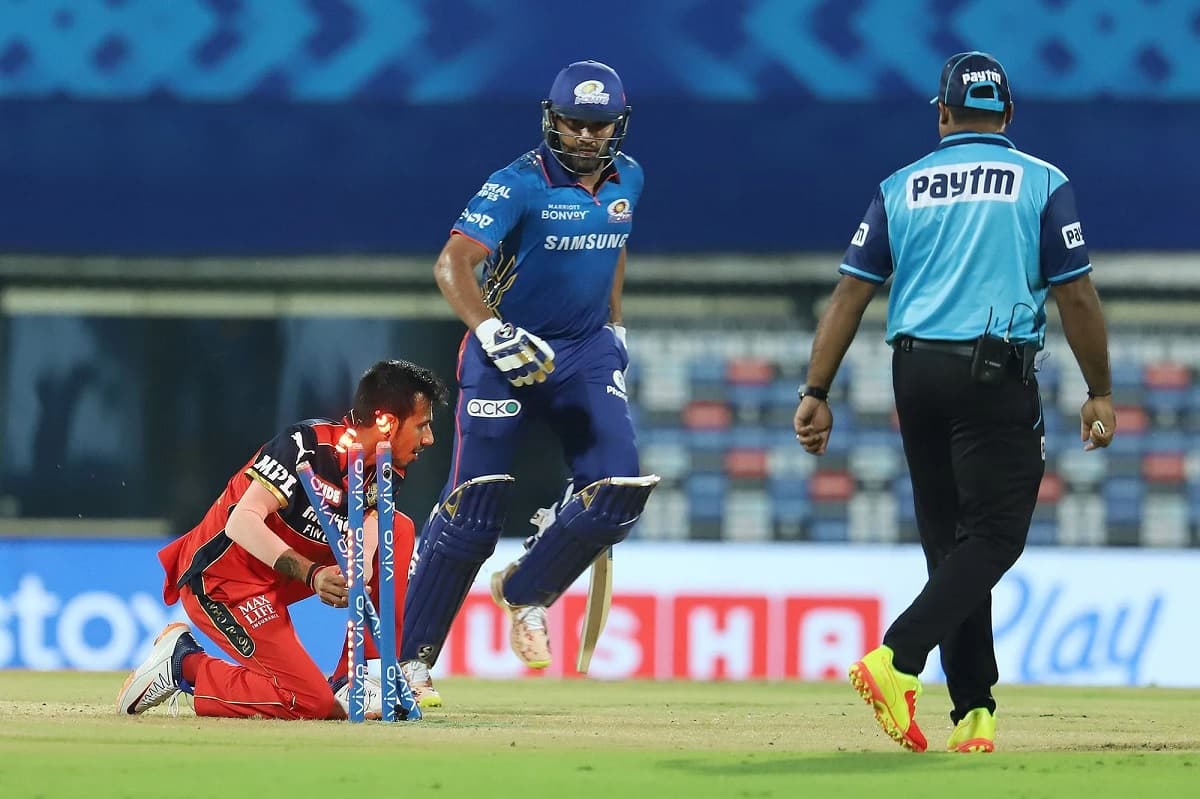 "It's not ideal, running out your captain in the first game. The first game could be my last, who knows (laughs)? But it was a spur-of-the-moment thing, happens in the game," said the Australian in a post-match media interaction.

The Australian joined Mumbai Indians in 2020 but didn't get to play a single match in the season. This time he got a chance to play the season-opener since Quinton de Kock is serving quarantine upon arrival from South Africa.

Lynn admitted he was nervous while batting in his first match for Mumbai Indians.

"Obviously, I was a bit nervous. No doubt about it -- first game for Mumbai. It was also the first time I was batting with Rohit. It happens in cricket. I thought there was a run and then obviously there wasn't a run. But yeah, if I had been able to run past him and sacrifice my wicket, I definitely would have done that, but it wasn't the case," said Lynn who had previously represented Kolkata Knight Riders (KKR).

Lynn said if Sharma had stayed till the end, then it would have definitely made a big difference.

"He was striking the ball nicely, and we were 10 or 15 runs short in the end. He would have definitely made a difference, but there were plenty of factors in this game tonight, not just the run-out," Lynn added.

"As I said, it happens. But yes, I put just a little bit more pressure on myself."