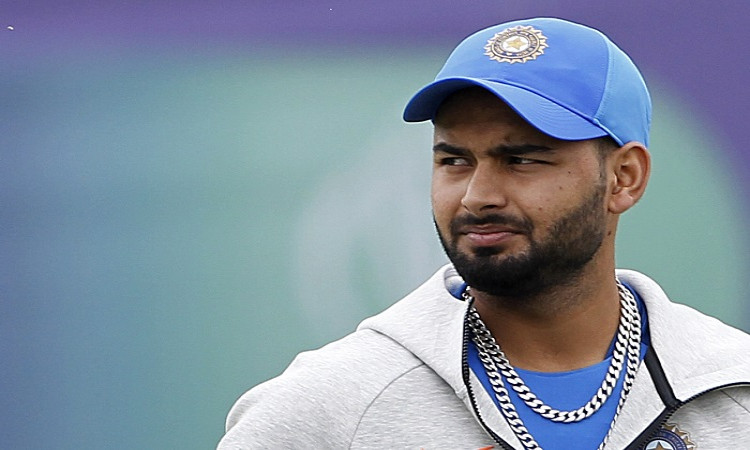 New Delhi, May 1: Young India wicket-keeper Rishabh Pant on Friday said he loves playing Test cricket and it is the real deal where you are challenged over five days.

Before cricket was stopped due to coronavirus, Pant had lost his place in the team in white-ball cricket to K.L. Rahul during India's tour of New Zealand.

Pant's inconsistencies cost him as the Indian team management handed over the wicketkeeping gloves to Rahul. But the 22-year old was picked ahead of veteran stumper Wriddhiman Saha in the two Tests which India lost 0-2 in New Zealand.

"I love playing Tests. You can give yourself time. Mostly you can test yourself in Test cricket. When I was playing four-day first-class games, I had heard it is the real test but when I played five-day cricket...it was like you need to put in that extra effort," Pant said during an Instagram Live chat session with his Indian Premier League (IPL) franchise Delhi Capitals' official handle.

Speaking about his days of struggle, Roorkee-born Pant said he used to take a bus at 2 o'clock in the night to travel all the way to Delhi for practice.

"They (Uttarakhand) did not have a cricket team at that point. So I used to take bus at 2 a.m. in the night. That time it used to take 6 hours by road. It was difficult during winters as it was too cold. There was fog also. It's been a good journey (as I look back). At the end of the day, you have to work hard to achieve your goal," said Pant who has played 13 Tests, 16 ODIs and 28 T20Is so far.

On his idol and legendary Australia wicket-keeper batsman Adam Gilchrist, Pant said: "Over a period of time I have realised that you have to learn from your idol but you don't have to copy him. You learn things which you like and can implement in life and cricket. You need to have your own identity."

Pant was roped in by Delhi Daredevils (now Capitals) for Rs 1.9 crore in 2016. He came to life in 2018 where the big-hitting batsman scored the most runs for Delhi in one season in the IPL.

"That was a life-changing season for me. I needed that breakthrough which everyone needs," he said. Pant added that the Delhi team, who are still to win an IPL title, always talk about breaking the duck.

"The core group always thinks of winning IPL for Delhi. We qualified for the knockouts last time and came third."

Pant also added that Delhi Capitals coach and Australian legend Ricky Ponting always tells him to play his natural game. "He gives me a free hand. He says do whatever you want to do."

On advice from current BCCI President Sourav Ganguly who was the DC team mentor last time, Pant said: "You need to give yourself some time and then you can do whatever you want to do. He always wanted me to do well. He told me a few things and I tried them also. It helped."