Mumbai, May 22:  India skipper Virat Kohli on Friday jogged down memory lane and shared an old photograph of himself with New Zealand skipper Kane Williamson. With no cricket going on due to coronavirus pandemic, the cricketers have been keeping themselves busy by engaging with fans on social media. 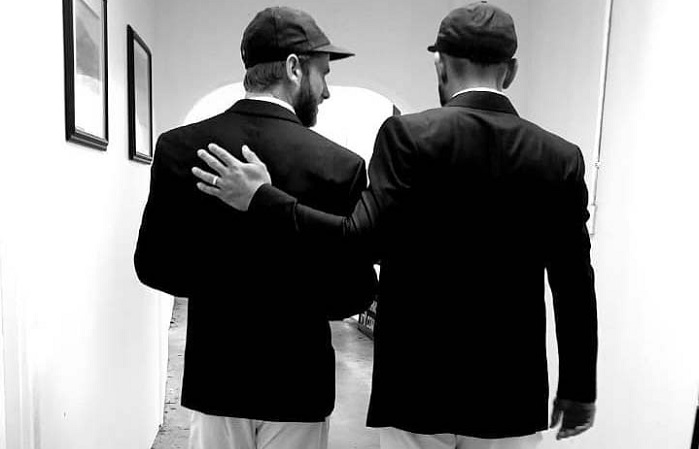 The two have time and again spoken regarding their admiration for one another and this latest gesture from Kohli is a testament of their relationship off the field. His post read: "Love our chats. Good man."


World T20 should get precedence over IPL, says Allan Border

Kohli and Williamson have known each other since their Under-19 days. Earlier this year, during the fifth T20I between New Zealand and India at Mount Maunganui, the two captains were pictured talking to each other while sitting near the hoardings.

Kohli was rested for the final game with India already taking a 4-0 unassaible lead in the series which they eventually swept 5-0, and Williamson was recovering from a shoulder bug.

"Kane and me have similar mindsets, similar philosophies. It is amazing that despite being from different parts of the world, we have similar thinking and we speak the same language," Kohli had said after the game when asked about their conversation.