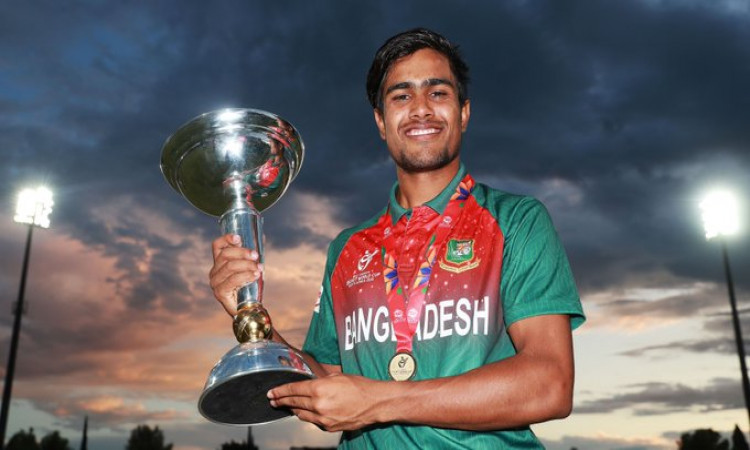 Rangpur, Feb 10:  It was not only difficult on the pitch for Bangladesh's U-19 World Cup winning captain Akbar Ali when he came out to bat against India in the final in Potchefstroom. Off the field too, the 18-year-old was battling mental trauma after losing his elder sister days back.

On January 22, Akbar's elder sister Khadija Khatun passed away while giving birth to twins, according to a report in leading Bangladesh daily 'Prothom Alo'.

A staunch supporter of Akbar, the youngest of four brothers and a sister, she had watched her brother lead Bangladesh to a nine-wicket victory against Zimbabwe on January 18 in a Group C game of the World Cup.

But in the final, when the wicket-keeper batsman played the knock of his life -- an unbeaten 43 when his team were in a difficult situation chasing 177 -- Khadija could not watch her beloved brother take the nation over the line and in the process, hand Bangladesh their first World Cup title across all age groups.

Akbar was not informed about his sister's death initially as his family did not want him to lose focus. But he got to know somehow and then questioned one his brothers why he was not informed on January 24 after Bangladesh's match against Pakistan was abandoned due to rain.

He then shepherded Bangladesh to wins against hosts South Africa in the quarter-final and then New Zealand in the semi-final to fix a date with India in the final. Bangladesh won by three wickets (via D/L method) in a tense finish on Sunday.

The final ended on a controversial note with players of the two teams seen engaging in an exchange of words and even some pushing and shoving on the field, leaving a Bangladeshi flag damaged in the process, a Cricinfo report said.

"Akbar was closest to his sister. She loved Akbar a lot," Akbar's father was quoted as saying by 'Prothom Alo'.

"We did not want to inform him at first. He then called after the Pakistan match and questioned his brother why he was not kept in the loop. I did not have the courage to talk to him. I don't know what to say."