'Looking To Soak In The Conditions For Upcoming T20 World Cup': Zimbabwe Captain Regis Chakbva Ahead Of ODI Series Against Australia

Zimbabwe is touring Australia for the ODI series after a gap of 18 years. 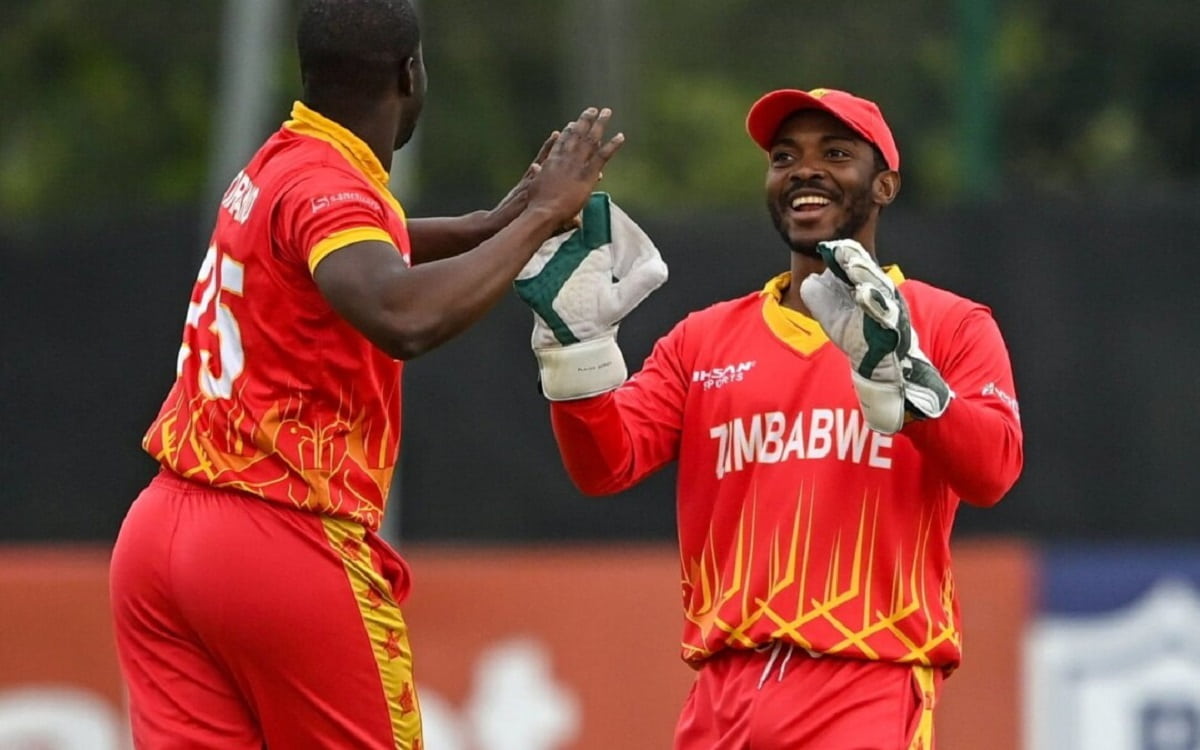 Stand-in Zimbabwe skipper Regis Chakabva stated that through the upcoming ODI series against Australia, starting from Sunday, his team is looking to soak into the conditions as much as they can which could prove to be useful in their Men's T20 World Cup campaign, happening in October-November.

The three-match ODI series has a lot of significance attached with Zimbabwe touring Australia for the first time in over 18 years. Both teams are coming into the series on the back of facing losses in their previous assignments -- Australia were beaten 2-1 by Sri Lanka away from home while Zimbabwe suffered a 3-0 series sweep at home against India.

Zimbabwe are placed alongside West Indies, Ireland and Scotland in the Group B of the Men's T20 World Cup's first round in Hobart. "It's massive. It's the first time in Australia for a whole load of guys and they'll be looking to soak in the conditions as much as we can and certainly keeping an eye on that T20 World Cup in a few week's time," said Chakabva ahead of first ODI, quoted as saying by ESPNCricinfo.

"It's obviously a bit of a road for us until we get there. We've been trying to work a lot on our game in one-day cricket in particular leading up to that. The tours that we've had, including this one, are all on the path to that qualification for us and certainly, we'll be picking up all the big lessons that we can. We want to take a lot of pride in our cricket and how we go about our games."

"(The third game against India) obviously gave us a lot of confidence. We'd been speaking a lot before that series, just in terms of how competitive we want to be, and the last game was pretty close to what we want to be doing," added Chakabva.

Zimbabwe have had little time to adjust to Australia time clock, having left immediately after the series against India ended. They had to take four flights to reach Townsville from Harare. But Chakabva said his team will get over the jet lag by the time first ODI starts.

"I'm sure we'll be all good by tomorrow, a few sleepy heads on the bus yesterday back to the hotel. It's kind of what professional cricket is at this point in time. Don't have a lot of time to get used to conditions so in the couple of sessions we have we just have to get the most out of it."