Kings XI Punjab will be up against Chennai Super Kings on Sunday at Dubai International Stadium, Dubai. 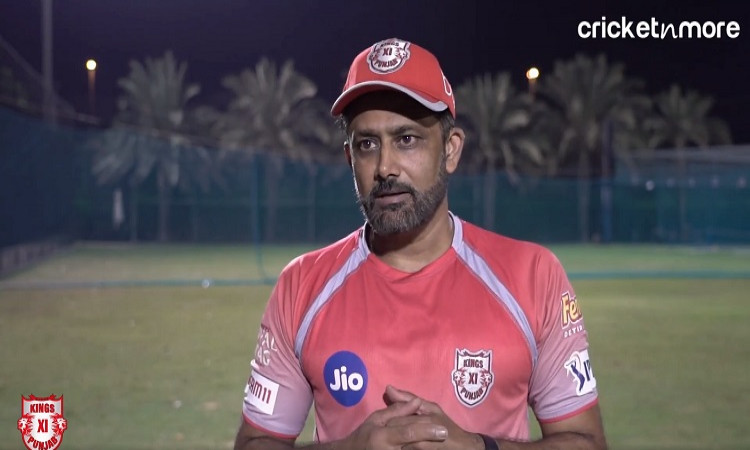 Talking about the upcoming fixture, Kings XI Punjab head coach Anil Kumble has said that it is important to win the match against Chennai Super Kings to build the momentum.

Kumble expressed that this will be a must-win game for Punjab so as to get some momentum.

”It's a must-win game, it's important that we win this game to get some momentum into the next phase of the tournament, ” expressed the head coach.

The former leg spinner also said that playing in Dubai will be easy for the team to assess the conditions as they have already played there.

”We have played in Dubai so it will be easy to assess the conditions” felt Anil Kumble.

Talking about the death bowling of the KXIP, the coach admitted that it was an issue in the last game against Mumbai Indians and they need to be bowling in the right areas.

”Our death bowling was an issue, for batsmen like Pollard and Hardik, you need to be bowling in the right areas,” told Kumble in an exclusive interview with Cricketnmore.