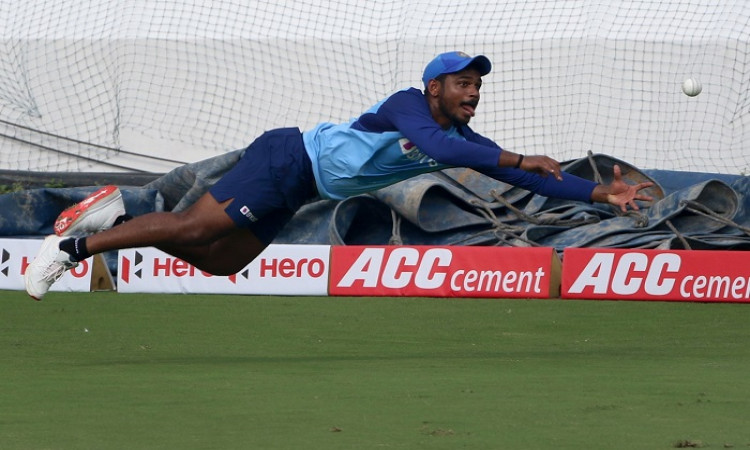 Thiruvananthapuram, Dec 8: The million dollar question that's going around the state capital is will local lad Sanju Samson get a game when India take on West Indies at the Greenfield Stadium here for the second T20I in the three-match series.

"We are sure that even though K.L. Rahul had a good outing yesterday, our young man, Sanju will be in the playing XI tomorrow, as he can bat in any position. Our only concern is will we get a full 20 over game as rain is predicted tomorrow also," said a group of young cricket buffs spotted at the airport waiting for the two teams to arrive.

Pitch curator Biju, however is confident that with an excellent drainage system in place in the ground, all what he requires is just 30 minutes for play to resume even if it rains hard.

"There are 3500 pipes that are placed under the turf and the moment the water goes down, it's immediately taken out. Even if it rains tomorrow during the match, just 30 minutes is needed for the play to re-start the match," said Biju.

This is the third international match being held in this stadium with the first one against New Zealand in 2017 when the T20 was reduced to an eight-over-a-side contest and the next one was last year with West Indies when the One-Day International was reduced to 20 overs, both because of heavy rains and the situation on Sunday could also be same.

After Tinu Yohanan and S. Sreesanth, Samson is the third Keralite to don the national colours and is the first to be selected on his batting skills. His lone international outing was way back in a T20 match in Zimbabwe in 2015.