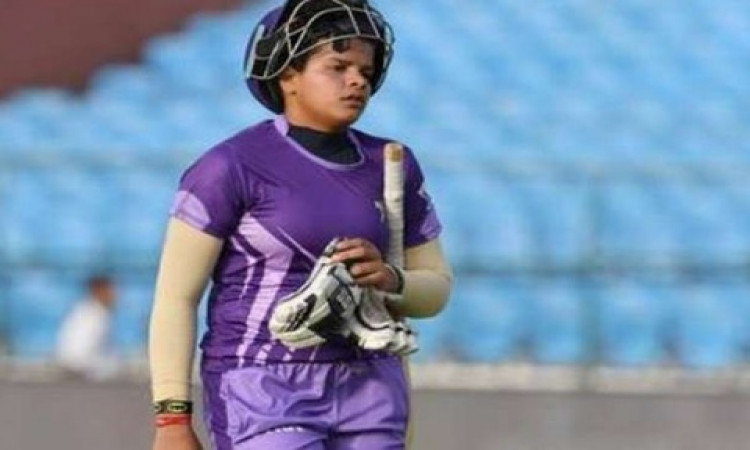 New Delhi, Sep 6. Fifteen-year-old Shafali Verma, who has been included in the Indian womens squad for the upcoming three-match T20I series against South Africa, says she always wanted to play for the national side ever since she decided to take the bat in her hand at the age of 10.

Shafali, who has been inducted into the Indian side following Mithali Raj's retirement from T20 cricket, told IANS that people had a lot to say when she started playing cricket during her younger days as she is a girl and cricket in India is still seen predominantly as a sport played by boys.

"There were people who had a to say to my father when I began playing cricket. However, he didn't listen to them and allowed me to play," Shafali said.

"It was my father who trained me in the beginning. It was my dream as well as my father's that I should play for India at the international stage," she added with a sense of pride.

The 15-year-old from Rohtak has been picked for the national side following her success at the Women's T20 Challenge and the age-group level cricket earlier this year.

Shafali has so far played three seasons for Haryana and has caught the attention of many owing to her batting prowess at the opening slot.

The opener says that in order to play for India, she knew she had to perform in Women's T20 Challenge and her knock of 34 off 31 balls for Velocity in Jaipur earlier this year was just what the doctor ordered. Following her knock, she had even earned high praise from her teammate, England's Danni Wyatt.

"In order to play for India, I needed to perform and score big in IPL. It was needed from me to help my team win," said Shafali.

"IPL is a great platform and I was determined enough to perform there and make my way into the Indian dressing room," she added, emphasizing how important the tournament has become for budding cricketers across the country towards realising their dreams to play for the country.