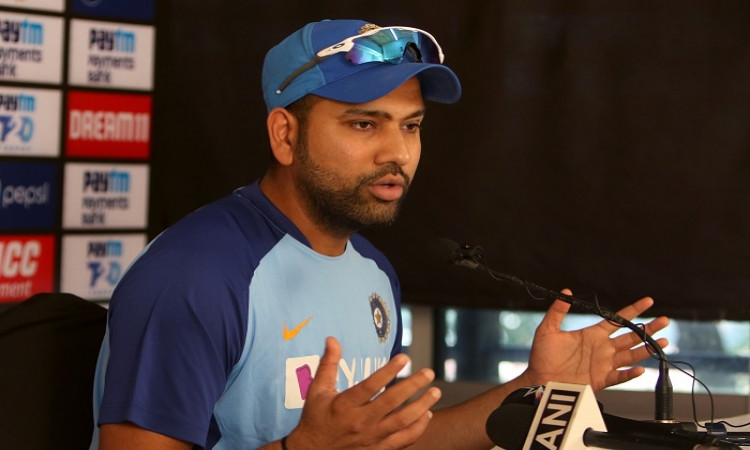 Mumbai, Dec 13: Star India opener Rohit Sharma on Thursday praised the Indian Super League's (ISL) contribution towards Indian football over the last five years while speaking at a La Liga event here where he was announced as the India brand ambassador for the Spanish League.

The 'Hitman' is an ardent football fan who grew up idolising current Real Madrid manager Zinedine Zidane, and attributed part of his skills and passion to the sport.

The swashbuckling opener likened the ISL to the Indian Premier League in helping revolutionise the sport in the country.

"Just like how Indian Premier League has done for Indian cricket, you have to give a lot of credit to ISL for bringing out the best Indian talent," he said.

The ISL, which began in 2014, has helped Indian football gain a mainstream audience in the country.

"Indian football has taken giant leaps over the last few years. The infrastructure has grown immensely and ISL in particular has provided a great platform to the younger players to come out and display their skills," Rohit said.

Rohit maintained that it will take time to reach world-class levels but one should have belief in the players and the setup.

"We need to be patient as it is a long procedure. We need to have faith in them," he said.

"Football is growing, it is a process, and it will take time. We (Indian cricket team) also didn't become the number one side overnight, it started in the 1930s." Rohit said.

Looking forward to seeing Indian football make its mark on the global stage, Rohit said he is committed towards contributing towards its growth journey.

"The past five years have been tremendous for football's growth trajectory in India and I can only see Indian football grow from here as the Indian players have the facilities and infrastructure and a league which is competitive," he concluded.