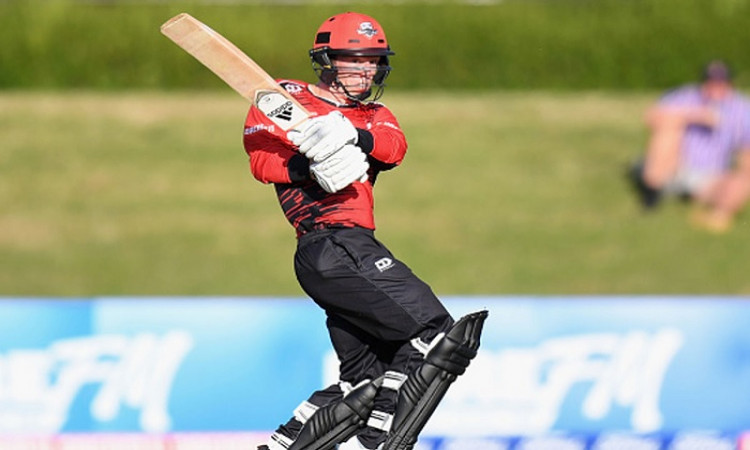 Christchurch, Jan 5: Canterbury batsman Leo Carter achieved a rare feat on Sunday as he smashed six sixes in an over to becoming only the fourth batsman to do so.

In the 16th over of a T20 Super Smash tournament at Hagley Oval here, Carter hammered left-arm spinner Anton Devcich, who was bowling for Northern Districts. It was Carter's heroics which helped Canterbury overhaul a challenging 220-run target with seven balls to spare.

Carter remained unbeaten on 70 off just 29 balls and his knock was laced with three boundaries and seven hits into the stands.

The other batters who have achieved the feat in T20s, include India's Yuvraj Singh (2007), Worcestershire's Ross Whitely (2017) and Afghanistan's Hazratullah Zazai (2018).

Significantly, Garry Sobers and Ravi Shastri had also achieved the feat however, that came in first-class cicket.

Leo Carter hit 6 sixes in a row and the @CanterburyCrick Kings have pulled off the huge chase of 220 with 7 balls to spare at Hagley Oval!