India Maharajas and World Giants will be up against each other in a special match in Legends League Cricket 2022. 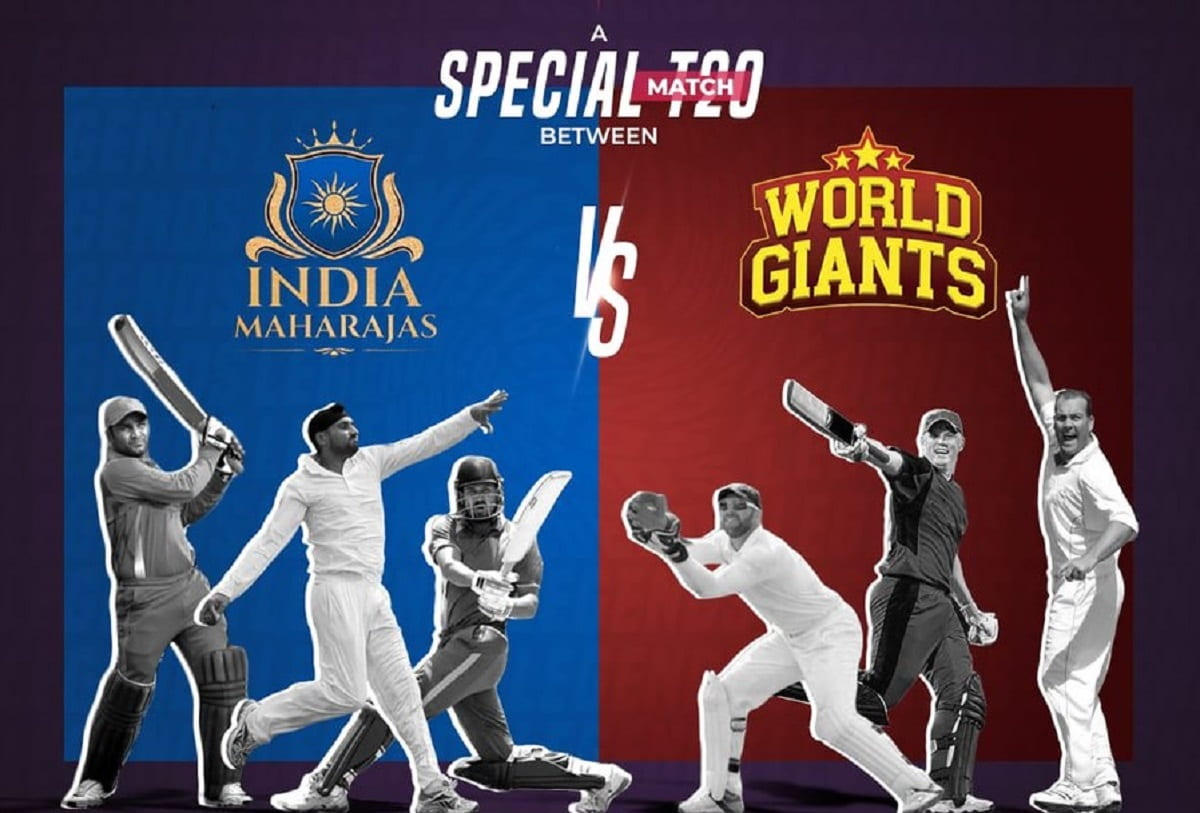 India Maharajas and World Giants will be up against each other in a special match in Legends League Cricket 2022.

India Maharajas and World Giants will be up against each other in a special match of Legends League Cricket 2022 at Eden Garden Stadium, Kolkata on September 16, Friday.

India Maharajas have a good combination of players, their batting will be handled by Skipper Sehwag, Parthiv Patel, Mohammad Kaif, S Badrinath, Yusuf Pathan, Stuart Binny, and Irfan Pathan who have been in absolute form in Road Safety Series. Harbhajan Singh, RP Singh and Sreesanth will be keen to show their A game against the World Giants.

Whereas, World Giants is looking different from last year's team, which had Daniel Vettori, the Morkel brothers, Kevin Peitersen and others. This year's team is headed by former England white-ball skipper Eoin Morgan. World Giants also has a definite batting depth -- Lendl Simmons, Herschelle Gibbs, Jonty Rhodes, Jacques Kallis, and Sanath Jayasuriya will be seen with the bat.

Morgan's side also has World's best bowling which will be led by Sri Lankan great Muttiah Muralitharan, and speedsters Dale Steyn, Mitchell Johnson, and Brett Lee who have the calibre to destroy any batting line-up.

The match between both sides will be a neck-to-neck game where India Maharajas playing on their own soil can take upper hand over World Giants.

No updates of any player getting injured from both the teams.