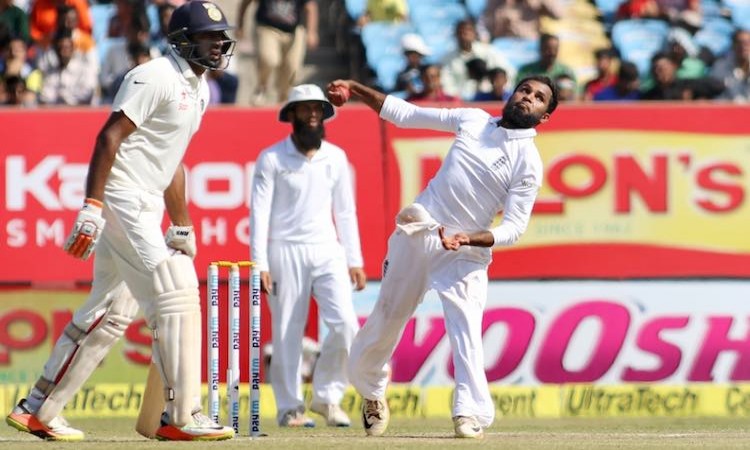 London, Sep 25 (CRICKETNMORE):  One month after making his Test comeback for the first time since 2016, leg-spinner Adil Rashid on Monday inked a one-year contract extension with his county side Yorkshire, making himself available for all formats.

The 30-year-old had earlier re-negotiated his club contract at the start of the year making himself available for only white ball cricket.

But his recent recall to the English squad for the five-Test rubber against India, which they won 4-1, and inclusion in the Test team that will tour Sri Lanka later this year, had necessitated him to represent his club in all formats.

"There's been a lot of talk and speculation but Adil is a very valuable cricketer for us. Now he's in the Test team, how much he'll be available for us next season is unclear," Yorkshire Director of Cricket Martyn Moxon said.

"But when he is available we'd be delighted to have him and for him to be part of what would hopefully be a successful summer.

"For now, it will just be for a year because it's still not clear what career path he's going to take. He's back in the Test team and continues to do well, so we'll see where that takes us," he added.

Rashid has taken 500 First Class wickets till date. In all T20 cricket, at international and domestic level, he has taken 178 wickets and scored 677 runs. In the one-day arena, he has returned 255 wickets and 1,584 runs.

Rashid made his Test debut in 2015 against Pakistan and has made 15 appearances in all to date.