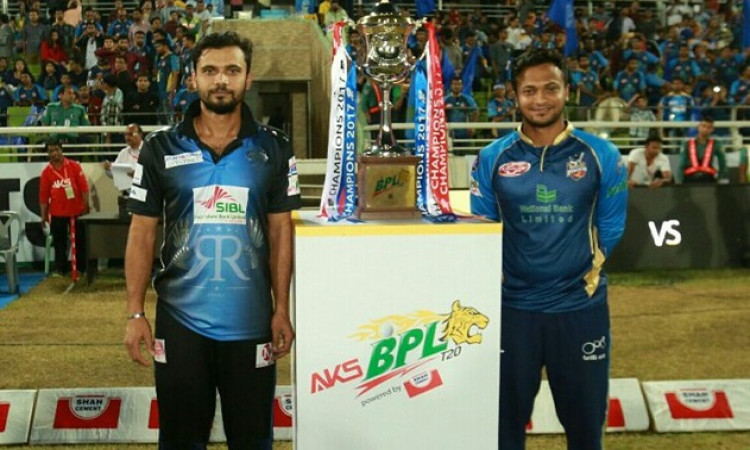 Dhaka, Oct 11: In the upcoming edition of the Bangladesh Premier League (BPL), each of the seven teams have been asked to make sure they include an overseas pacer who bowls above 140 kmph and a leg-spinner.

The Bangladesh Cricket Board (BCB) has come out with this directive with an eye on expanding the national pool of players.

"BCB wants this BPL to be about improving Bangladesh's cricketers in T20s, so we want to make sure that our batsmen and bowlers get enough opportunities (against quicks and leg-spinners), something that was not possible when it was a franchise-based BPL," ESPNcricinfo quoted Bangladesh Cricket Board director Mahbubul Anam as saying.

Apart from this, each team has also been asked to have an overseas coach, physiotherapist and trainer, while local coaches can only work as assistants to the head coaches.

The next BPL edition will not be a franchise-run affair and, instead, be owned by the cricket board following it's clash with six of the seven existing team owners, Dhaka Dynamites being the only exception.