Bristol, May 15 (CRICKETNMORE):  Wicketkeeper-batsman Jonny Bairstow, who scored a brilliant century in the third ODI which England won against Pakistan, said he benefited a lot from his experiences in the just concluded edition of the Indian Premier League (IPL). 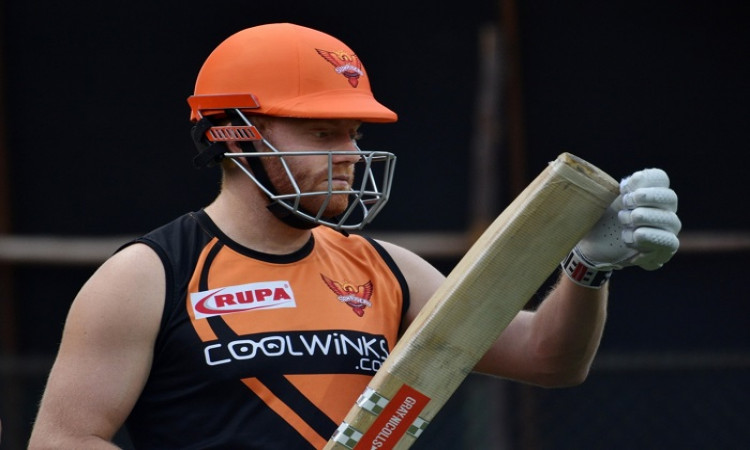 Bairstow was in brutal mode on Tuesday, smacking 128 runs of just 93 balls as England chased down a challenging 359-run target with more than five overs to spare at the County Cricket Ground. His innings was studded with eight fours and four sixes.

He had a tremendous debut IPL season as he scored 445 runs in the 10 matches he played for Sunrisers Hyderabad (SRH).

"I loved it there (IPL) and learned different things from different coaches and players (including teammate David Warner)," cricket.com.au quoted him as saying after the match.

"It's just little things like game plans. He (Warner) hits in completely different areas... I guess it is method more than anything else," he added.

He also explained that the secret behind his piling huge runs in the recent times was playing "strong shots". "It's not like we are slogging and playing ramp shots but genuine cricket shots," he said.

England skipper Eoin Morgan also praised Bairstow, saying he alongside Jason Roy (76), set the platform for the team to register their second highest chase in ODIs.

Put in to bat, Pakistan rode on a brilliant 151 from opener Imam-ul-Haq as they posted 358/9 in their stipulated quota of 50 overs.

"I'm extremely proud. I thought the guys came out and played in the manner that we have done for some time now," said Morgan.

"We thought 358 was pretty on par at this ground and we felt it was a really good batting wicket.

"The two boys up front (Roy and Bairstow) were absolutely outstanding and set the platform for the way we wanted to go about the chase," he added.