Top Cricket News Of The Day 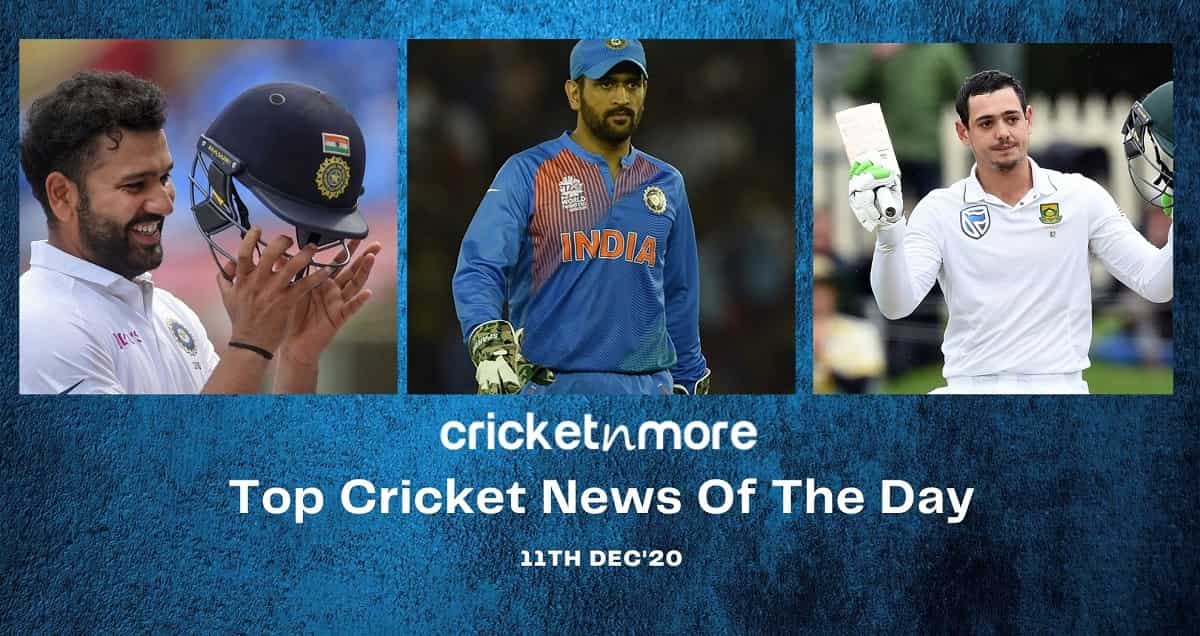 1) Rohit Sharma passes fitness test - Indian batsmen Rohit Sharma has passed his fitness test conducted in NCA. He will fly to Australia on 14th December and will be available to play for the third and fourth test match. Read Full Story

5) Mathew Hayden chooses MS Dhoni as the most impactful ODI Indian player of the decade. He said this during a sports show on Star Sports Channel.