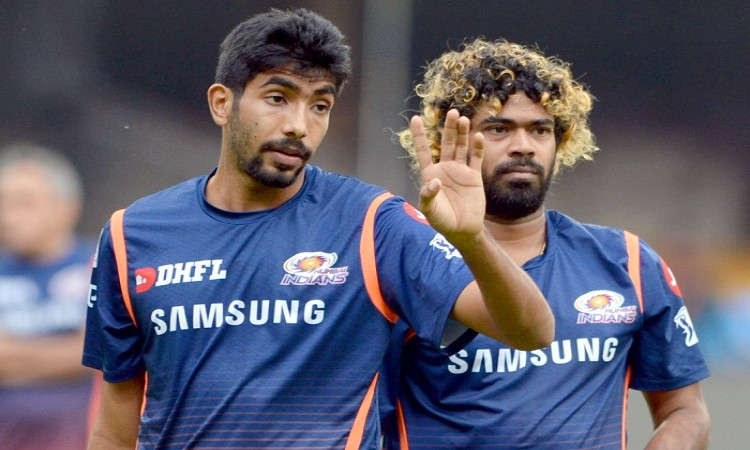 Bumrah is himself renowned for his ability with the yorker and has in the past credited Malinga for helping him with the craft.

"Malinga is the best yorker bowler in the world and has used it for such a long period of time to the best of his advantage," he said according to a tweet by MI.

Earlier, Bumrah said that he is not too troubled by the banning of hugs and high fives while celebrating as the International Cricket Council (ICC) mulls a way to get cricket underway again amid the coronavirus pandemic.

However, he said there needs to be an alternative to the usage of saliva on the ball if it is banned.

"I was not much of a hugger anyway! And not a high-five person as well, so that doesn't trouble me a lot. The only thing that interests me is the saliva bit," Bumrah told Ian Bishop and Shaun Pollock on the ICC's video series Inside Out interviews.

"I don't know what guidelines we'll have to follow when we come back, but I feel there should be an alternative. If the ball is not well maintained, it's difficult for the bowlers.

"The grounds are getting shorter and shorter, the wickets are becoming flatter and flatter. So we need something, some alternative for the bowlers to maintain the ball so that it can do something -- maybe reverse in the end or conventional swing," he added.