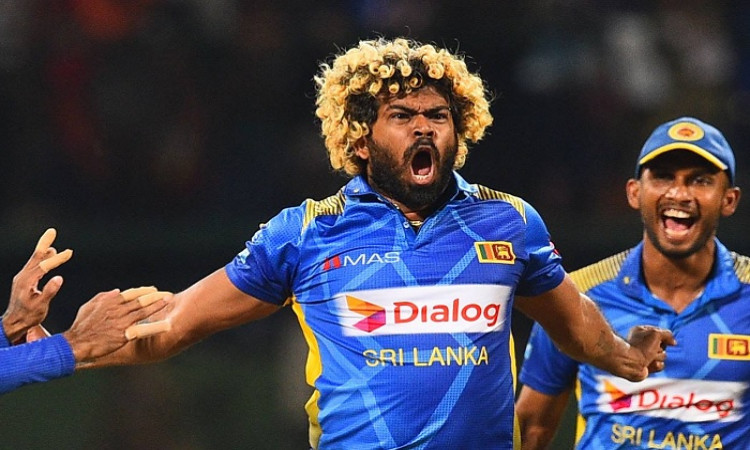 Malinga, who became the first bowler to capture four wickets in four successive balls in both ODIs and T20Is, finished with figures of 4-1-6-5, as Sri Lanka notched up a consolation 37-run win in the third and final T20I in Pallekele. It was his fifth hat-trick overall in international cricket.

Also Read: The best is yet to come: Cricket fraternity hails ISRO

With the first wicket of his spell, Malinga also became the first bowler in men's cricket to take 100 T20I wickets.

In the bowling charts led by Afghanistan's Rashid Khan, left-arm spinner Mitchell Santner has jumped six places to move to No.5. Kuldeep Yadav is the lone Indian in top 10, sitting on the eighth spot.

Babar Azam continues to be the top-ranked T20I batsman, while Glenn Maxwell exchanged his third place with second-ranked Colin Munro after the update. K.L Rahul and Rohit Sharma are the two Indian batters in the top 10 at No.7 and No.9 respectively.

Interestingly, India skipper Virat Kohli who recently lost the top spot in Tests to Steve Smith is not in the top-10 in T20Is. While he is ranked 12th in the shortest format, he holds the top spot in ODIs.